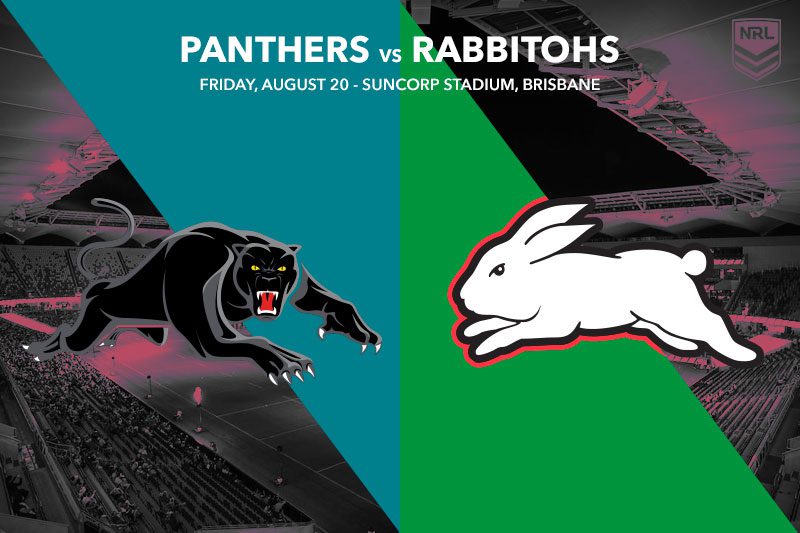 The Penrith Panthers and South Sydney Rabbitohs will meet in one of the blockbuster games of the 2021 NRL season on Friday evening, which also doubles as a dress rehearsal of sorts for the finals.

If the Storm win on Thursday, it will lock up the minor premiership and lock in this exact fixture for Week 1 of the NRL finals. That fact alone produces so much intrigue around what tactics the teams might use and how much the coaches will keep up their sleeves for a later date.

After being thrashed by 44 points in this corresponding game back in May, Souths will have a lot more to play for as they try and prove to themselves they can knock off the two teams above them on the competition ladder. Penrith have wins over both the Storm and the Rabbitohs this year, so perhaps there is a tiny bit of complacency that could leave them vulnerable at the $1.72 head-to-head price?

Penrith will welcome back Api Koroisau, James Fisher-Harris and Kurt Capewell into the line-up, as well as handing a long-awaited debut to Tevita Pangai Junior. Campbell Graham is a welcome inclusion in the centres for the Bunnies, while Alex Johnston also returns onto the left wing.

Prior to the Round 11 flogging, the Penrith Panthers had won four of the previous five contests between the two clubs by single-digit margins. Their 2019 clash was decided by a field goal, so the -2.5 line is in play and it could be a nervous race to the finish line if both teams bring their best. The 2021 form guide does suggest that punters should be all over a line that skinny for a $1.90 return, but do the close games in recent history have any bearing on what could happen in this one?

The form of Matt Burton has been nothing short of tremendous in 2021. He has 15 tries in 19 games this season, so plenty of punters will get on him at $13 for the first try. He scored a hat-trick in his hometown of Dubbo against the Rabbitohs earlier this year, but surely no one will go near the $26 he is paying to repeat that performance? Kurt Capewell was another who starred in that Round 11 win and he is $3.20 to score a try at any time, which will provide some nice value for a same-game multi.

Beyonce Knowles had a hit song with lyrics “to the left, to the left”, and honestly it feels like she wrote it about the South Sydney Rabbitohs. It doesn’t matter who is on the left wing, you just have to back them – especially when it is Alex Johnston. He has a staggering 106 tries in 101 games on the wing, so the $9 for him to score first or the $1.57 for him to get a try at any time make all the sense in the world.

While AJ is a hot favourite to get a small win for the punters, are Souths actually capable of winning this game? The wider NRL public should want them to win so a third team can join the premiership race. The $3.60 for a 1-12 point win looks to be the best value for them, as this game won’t blow out if Souths are able to get the chocolates. They’ve won 10 in a row since that 56-12 flogging, so they can’t be any better prepared to exact revenge.

In their game earlier this season, Penrith ran for 563 more metres than Souths and it allowed Nathan Cleary and Jarome Luai to cut their edges to ribbons. Souths have all the attacking brilliance in the world, but their defence has leaked 50 points on two occasions against the top two teams this year. So how does someone like Tom Burgess match the athleticism and physicality of James Fisher-Harris? A lot of Souths’ momentum through the middle comes from Cameron Murray, but in those opening exchanges it has to be Burgess who looks to cart the Bunnies forward.

The defence of the Rabbitohs has been shaky against the top two clubs this year, so we think the Panthers will win the game and do it at the 1-12 margin. Brian To’o is a huge out for Penrith and they won’t dominate the yardage battle as easily this time around, so scoring points is going to be a little trickier than it was in Round 11.