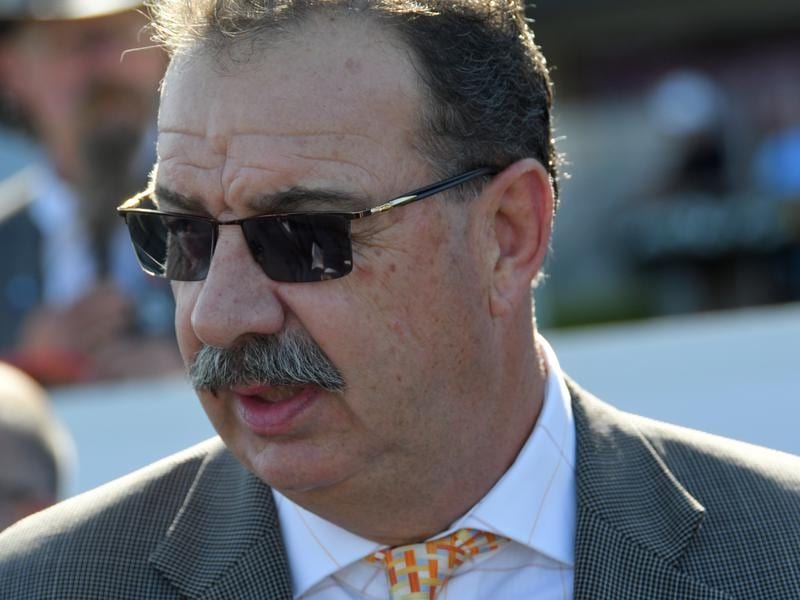 Trainer John Sargent will send out Get The Idea against ATC Australian Derby winner Quick Thinker.

Australian Derby plans for Get The Idea had to be aborted, so trainer John Sargent has redirected the lightly raced stayer towards the Group Three Frank Packer Plate.

Get The Idea was an acceptor for the Group One Australian Derby (2400m) at Randwick on April 4 but was scratched by Sargent the day before the Classic after the gelding had got cast in his box.

The three-year-old recovered from the minor setback and finished third in a 1200m barrier trial the following week and Sargent said he galloped well on Tuesday in readiness for Saturday’s Frank Packer Plate over 2000m.

Get The Idea won two of his first three starts at the provincials before stepping into the big time in the Group One Rosehill Guineas (2000m) last start when he finished 10th in the race won by Castelvecchio.

Sargent believes Get The Idea will run a better race in the Frank Packer Plate but he faces a field headlined by the Derby winner Quick Thinker who is a short-priced favourite.

“He made a run down the back and he’s the sort of horse who has got to be saved for one run.

“He was in the Derby and he got cast so we had to scratch him.

“He was a bit sore with some skin off so we scratched him but he’s right back to his best now.

“He galloped well on Tuesday.”

The Murray Baker and Andrew Forsman-trained Quick Thinker, who has won the Group One Australian Derby and Group Two Tulloch Stakes already this autumn, was the $2 favourite on Thursday in the field of 12 plus one emergency, with Get The Idea at $41.

Baker and Forsman stable are aiming for back-to-back wins in the race after The Chosen One was successful last year.