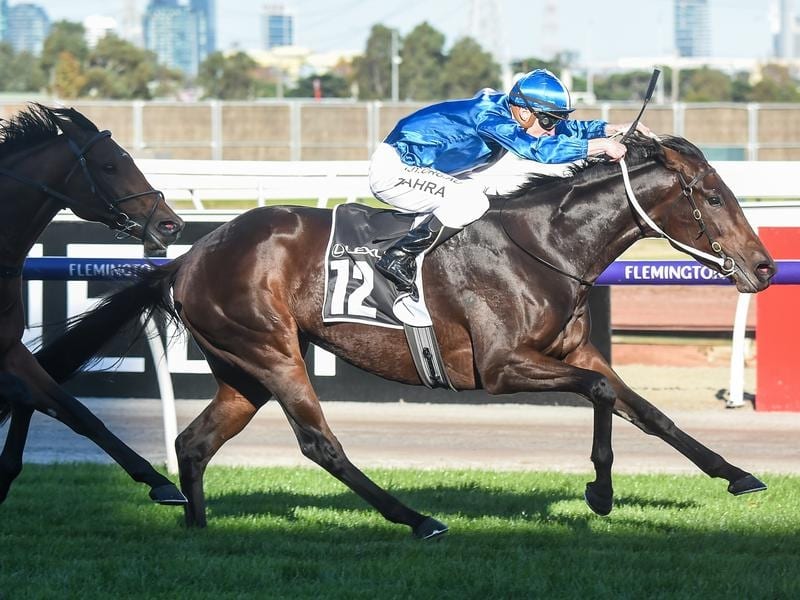 Andrew Ramsden winner Oceanex has started her preparation for a Melbourne Cup start.

Having locked away a start, Oceanex has commenced a long, slow build-up towards the Melbourne Cup.

The Mick Price and Michael Kent Jr-trained mare won her way into the Melbourne Cup with victory in the Andrew Ramsden at Flemington in May.

May’s race was the second staging of the Andrew Ramsden to offer a ballot free exemption into the Melbourne Cup.

The first edition was won by Steel Prince who finished ninth in the Flemington showpiece.

Following her win in the Andrew Ramsden, Oceanex was afforded a three-and-a-half week break at Nagambie before undergoing four weeks of pre-training.

Kent Jr said Oceanex remained in the paddock during the day while in light work and was boxed at night.

Oceanex has returned to Price and Kent Jr’s Caulfield stable and according to the younger member of the training duo has come back a new horse.

“I know it is a cliche, but she looks outstanding,” Kent Jr said.

“The Ocean Park’s (the sire of Oceanex), they are very slow maturing and he had his break out season this season with his progeny that are four-year-olds.

“They all get better with time and she certainly fits that mould.

“The spell has done her the world of good. She put on around 40 kilos and it’s the most condition she’s had on her.

“She looks a lot stronger, very round, not the athletic and lean horse before she went out.

“We’ve got a lot to work with and it is still a long way to go through to the Cup in November.”

Kent Jr said no definitive plan was in place for Oceanex and the stable would be guided by her early progress through the campaign.

“We can be fluid with her program as we have the luxury of knowing we are in the race already,” Kent Jr said.

“Do we go the tougher option, the weight-for-age path, like the Maybe Diva or Turnbull type of thing, or do we go the softer options through the handicaps and run in races like the Geelong Cup.

“We’ll work that out depending on how she goes through her early training.”