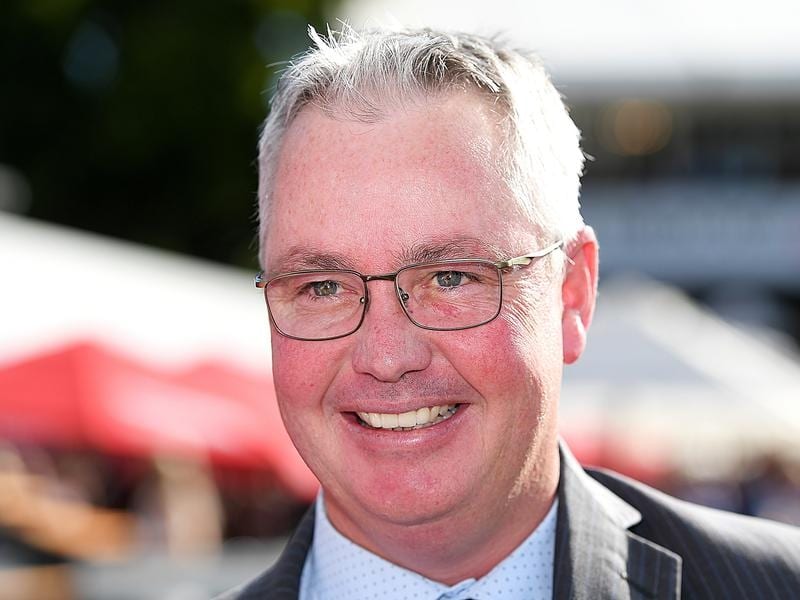 NZ trainer Tony Pike has had a winning Brisbane carnival and hopes it continues at Ipswich.

Tony Pike’s two winter Group One performers are heading home but the New Zealand trainer still plans to have a hand in the rest of the Queensland carnival.

Pike has been a major Group One player during the winter carnival with The Bostonian winning the Doomben 10,000 and Kingsford Smith Cup and Endless Drama running third in the Stradbroke Handicap.

The Bostonian and Endless Drama are booked to return to Pike’s New Zealand stable on Friday.

“They can have a break while we decide which way they will head in the Australian spring,” Pike said.

Not surprisingly Pike will consider another Brisbane trip for The Bostonian next winter.

The Bostonian’s unplaced run in the Stradbroke Handicap last week was his first defeat in six Queensland starts.

“Nothing went right for him from the very start in the Stradbroke,” Pike said.

Pike has four horses who will remain in Queensland including Terra Sancta who will tackle Saturday’s $175,000 Listed Ipswich Cup (2150m).

Pike will also have Indecision in the Listed Gai Waterhouse Classic (1350m) at Ipswich.

Jim Byrne, who is coming back from injury, will ride Terra Sancta while James Orman has been booked for Indecision.

“Jim has won at Ipswich on Terra Sancta last year. He has won three Ipswich Cups so it is obviously a bonus to get him,” Pike said.

She has been unplaced in two runs in Brisbane this winter but Pike is looking for a better run on Saturday.

“She is out to a more suitable distance and the class isn’t as strong,” Pike said.

Indecision has also been unplaced at both her winter runs over 1200m but Pike again expects improvement.

“She is a Listed race winner in New Zealand and there were excuses in both her defeats in Brisbane,” Pike said.

“We thought enough of her to bring her across from New Zealand and this is a race which suits from a good barrier,” he said.

“It has been a good winter and we will be back next year. Hopefully will be competitive in the Group One races again,” he said.