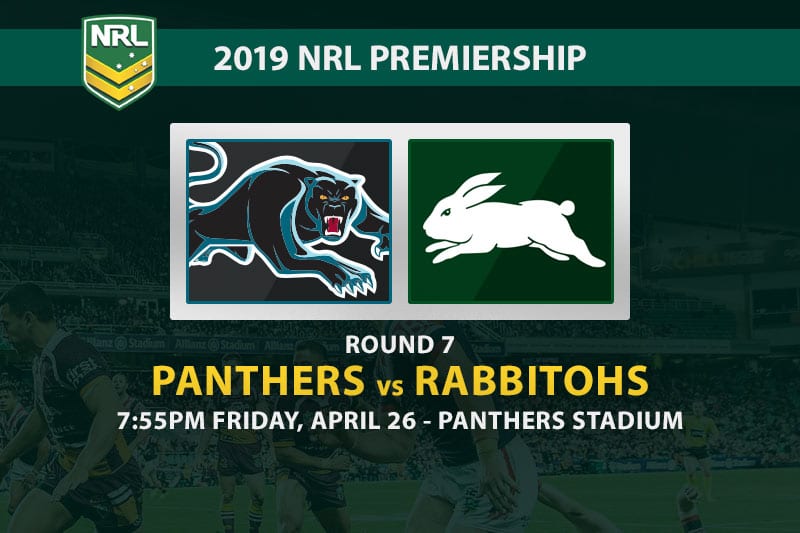 Phil Gould may feel his job is done at the Penrith Panthers, but the NRL ladder says there is plenty of work still to do.

The long-serving football director quit his post this week with the club sitting on only two wins from six games.

They were on track for a third victory last weekend when a second-half collapse saw them ship three tries to Cronulla in the last 20 minutes.

Dean Whare is out injured, which sees Dallin Watene-Zelezniak moved to the centres and Caleb Aekins named at fullback.

There is no room for the out-of-favour Dylan Edwards, who is listed among the reserves.

A 5-1 record and a spot in the top four suggest the South Sydney Rabbitohs are cruising.

However, their recent run of results belies the true nature of their performances since the opening two rounds.

They were scrappy against Canterbury, loose against New Zealand and ultimately outpointed by an improving Manly side.

Nevertheless, coach Wayne Bennett has made no changes to the 17 for Friday’s fixture in the foothills.

There is a good chance Tevita Tatola could start ahead of Sam Burgess, as has occurred in each of South Sydney’s last two outings.

This is a big opportunity for Aekins to make a mark in his first appearance for the season. There is also a bit of value about the inexperienced fullback to cross the line at any point in the game.

Six games for six tries is a pretty handy record in anybody’s language. Souths have plenty of scoring threats, but Campbell is the man of the moment and might be worth a punt for multiple tries.

The Panthers need to turn things around pronto if they wish to live up to their preseason hype.

Several key players are out of form and the Cleary-Maloney halves pairing – one of the best last year – has not clicked in 2019.

Souths are playing well below their brilliant best, but they have shown they can scrape together results anyway.

That kind of grit is the hallmark of a top team and it should serve the Bunnies well on Friday night.