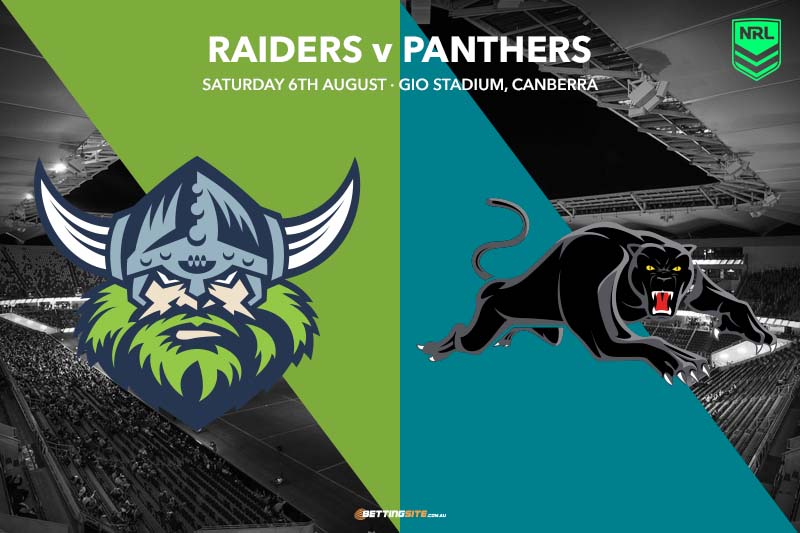 Super Saturday travels to the nations capital as the Canberra Raiders host the Penrith Panthers at GIO Stadium. Rounding out the regular 2022 NRL season for the Panthers will not be easy as they are now without their main halves pairing Jarome Luai and Nathan Cleary through injury and suspension as they push towards another minor premiership. The Raiders have it all to play for as they sit in ninth place, and this match is a must win if they’re to push into the top eight. Can the Raiders cause an upset in Canberra?

The history between these two clubs is balanced as the Panthers have only won three more matches than the Canberra Raiders. However, the last two clashes have fallen in favour of the Panthers by a total of 66-16. This Saturday will be very different as the Panthers meet the ‘Green Machine’ with a full head of steam, without Cleary and Luai. The Raiders are every chance of winning, and at odds of $3.25 to win by 1-12 points in a close match, they’re the far more valuable play.

Should the Raiders go on to win at home, they will surely be led by their five-eighth Jack Wighton. Wighton has had an incredible season for the Raiders, and when they’re at the best, it’s generally because of his efforts on and off the ball. His strong running game, short kicking game and support play provide him multiple opportunities to score, and he is a great value play to do so at $4.10 with the top Australian betting sites.

The Panthers without Cleary and Luai will not be their normal scoring self, but will pride themselves on their defensive efforts. Should this match play out that way, this could be a rather low scoring affair. Taking the -41.5 total points is the smarter choice given the changes to the Panthers side.