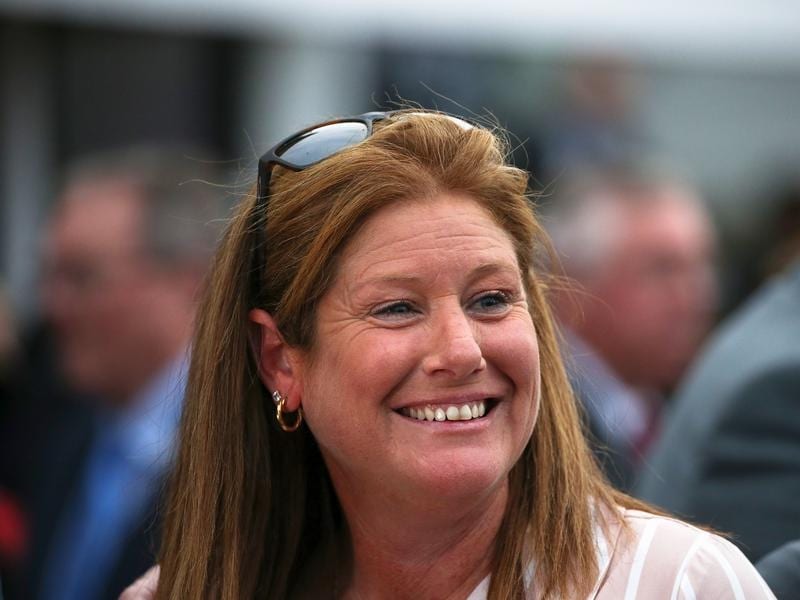 Trainer Sharyn Trolove and stable star Not Enough Effort will both have a break after Flemington.

Trainer Sharyn Trolove is hoping to enjoy a well-earned break after Not Enough Effort attempts to extend his unbeaten streak at Flemington.

Successful at his first four starts, Not Enough Effort lines up in Saturday’s Ken Cox Handicap (1000m) after which he and his trainer will take a break.

Trolove said after the three-year-old was successful at Sandown early last month and following his latest win at Flemington that it was time for a break.

“I’ve been wanting to tip him out but the horse just doesn’t want to go out.

“He just pulls up so well, so we thought this is the last chance we’ve got with him in a three-year-old race.

“I’m planning on a little holiday and I didn’t really want anyone else to be working him, so he can be having a holiday when I do.”

Trolove said following Not Enough Effort’s latest victory he hated watching as his mates were put on the float to be taken to nearby Sale for trackwork.

That showed Trolove the gelding had another race in him.

“On the Monday after his last win I went to the track and he just about ploughed his paddock he was that annoyed he didn’t go in,” Trolove said.

“He does extremely well when he’s in work and loves it.

“But this time there won’t be any horses going to the track, so he won’t be able to get upset at not being on the float with them.”

Saturday’s race offers a new challenge for Not Enough Effort who rises in weight in a tougher assignment.

But Trolove is happy to take the challenge in a bid to creep up in the ratings with a view to some black-type sprint races in the spring.

“With the rating he’s got it could make it hard for him for the races we’re looking at in the spring, so that’s another reason we’ve decided to go again,” Trolove said.

“Towards the end of September there’s a Listed race or a Group Three race, one at Moonee Valley and one at Caulfield I wouldn’t mind having a crack at.”