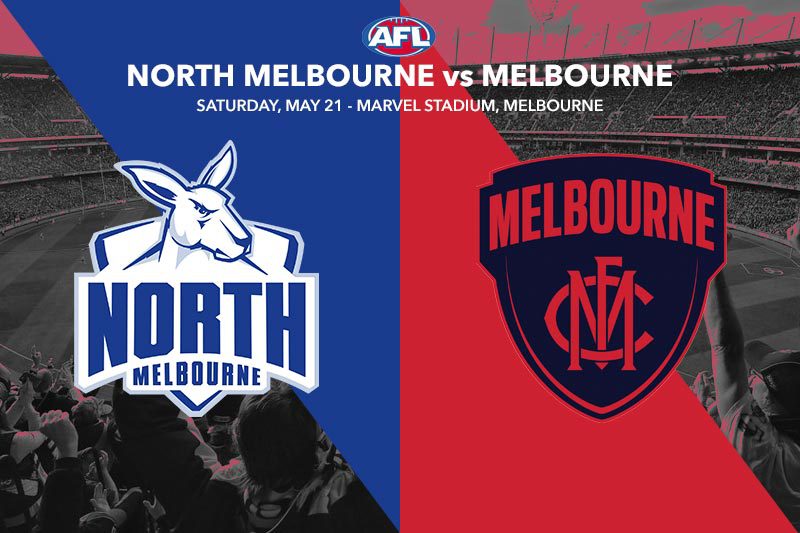 How much pain will the high-flying Melbourne Demons inflict when they clash with the North Melbourne Kangaroos in round 10 at Marvel Stadium?

Sitting at 1-8 at the foot of the AFL ladder, North Melbourne have shown little progress in recent rounds. After pressing the Swans in round four to lose by 11 points, they have been soundly beaten by between 50 and 78 points in subsequent efforts.

The Kangaroos had an opportunity for a potentially close match against the Power at Marvel in round nine, but only managed to kick 6.10 and were brushed aside by 69 points. They now face the biggest hurdle in footy at the moment, and the margin could get embarrassing if the Demons go in for the kill.

North Melbourne administrators would be wise to closely measure the distance between their squad and the best side in the comp, just to see how much work lies ahead. As stated previously, recruiters should focus their attention on a midfield general who can steer the troops in the heat of battle.

The Melbourne juggernaut marched on in round nine, dispatching the grounded Eagles by 74 points, and there may have been some mercy in that lopsided scoreboard. Pundits talk more confidently about the prospect of the Demons going undefeated in 2022, and it’s hard to argue with this logic unless key personnel are lost to illness or injury.

There are no real weaknesses in the Melbourne line-up, but Max Gawn has been sporting heavy leg strapping in recent weeks, and his presence is almost irreplaceable. It’s hard to imagine this game won’t be another training-drill type of effort from the short-priced flag favourites.

As much as we hate hyphenated names, we are going to shine some light on Kangaroo midfielder Luke Davies-Uniacke for this game. The 22-year-old has been putting some decent games together and might have some potential. We will know more after Davies-Uniacke has gone four quarters with Demon gun Christian Petracca. Now 26, Petracca is hitting his peak and will show his younger opponent what is required to dominate the middle of the ground. Hopefully, Davies-Uniacke rises to the challenge and can make this matchup worthy of our attention.

The betting on this match is as lopsided as sporting contests can be. Melbourne will take the field at the price of $1.01 with most online bookies. This might be a tempting offer for self-funded retirees who are currently receiving 2% interest on their bank savings. The game line has been set at a fairly enticing 68.5 points given the fact Port beat the Roos by 69 a week ago. The total points line sits at around 163.5, which considers the likelihood of North contributing little. Surely we are obliged to just back Melbourne at the line here?

For value-junkies, we are going to keep this one simple. We are expecting Melbourne to kick a swag of goals and will focus on the likely kickers. Melbourne -68.5, into Tom McDonald 2+ goals, into Kysaiah Pickett +2 goals will get you $4.37 on Ladbrokes. We are hoping the likes of Ben Brown don’t get too greedy and the Demons share the scoring load around.