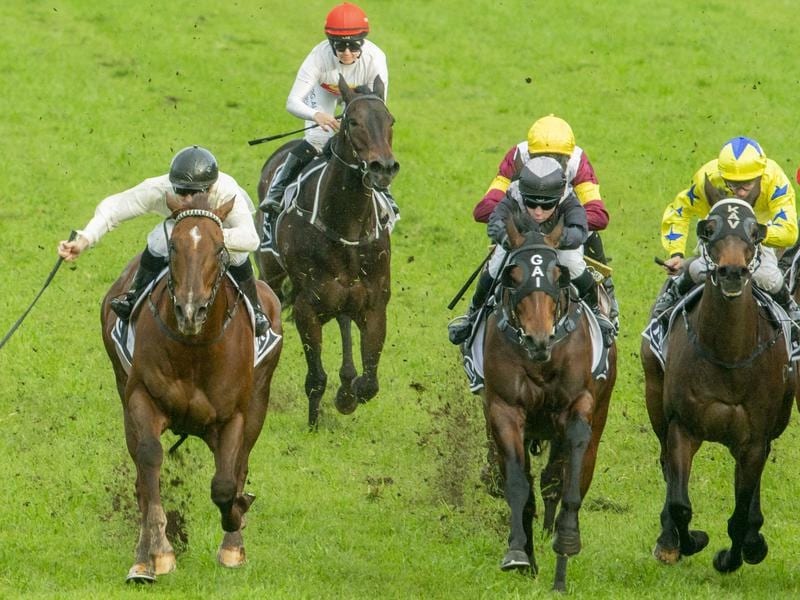 Last-start Winter Stakes winner Noble Boy is on target for more black-type success in the Listed Winter Challenge at Rosehill.

Trainer Clare Cunningham cannot fault Noble Boy as she prepares the gelding for Saturday’s Listed 1500m race at the same track of his previous victory.

In his first preparation for the Warwick Farm trainer after being transferred from trainer Todd Blowes, Noble Boy raced to victory in the Winter Stakes (1400m) on July 11 when he came from back in the field with a ground-saving ride by Jason Collett on a heavy track.

It was his eighth win from 18 career starts and first victory for his new stable in his fourth appearance since joining Cunningham.

Cunningham is thrilled with the way Noble Boy has come through that win in preparation for Saturday.

“You couldn’t have asked for him to pull up any better, really,” Cunningham said.

“Like most good horses, they have a great constitution.

“We’ve got a few more days to get through before Saturday but I’m really happy.

“Hopefully we draw a nice enough barrier to get in front of a couple in the run and he should run another good race.

“If they all accept then he probably will be in slightly better company than last start, so that will be another step up for him.”

The Winter Challenge has 11 nominations with Noble Boy rising from 54kg last start to 56kg.

Winter Stakes runner-up Taikamochi heads the weights with 59kg while the entries include the Kris Lees-trained Canberra Cup-winning import Mugatoo, who will be first-up since being unplaced in the Group One Tancred Stakes in March.

Noble Boy is yet to win beyond 1400m but Cunningham said the five-year-old had given her every indication he would handle the extra distance.

“For us he’s been settling very well in his races,” Cunningham said.

“I’m not too sure if it’s the Rosehill track or just the horse but if anything we’ve been riding him out of his comfort zone just to get him to keep up and position up in pretty much all his starts this preparation.

“Obviously we’re guided by Jason’s opinion because he rides him on race day and he thinks he should be able to get the 1500 metres and even a mile the way he is travelling.

“He thinks if he can ride him that bit more in his comfort zone it shouldn’t be a bother.”