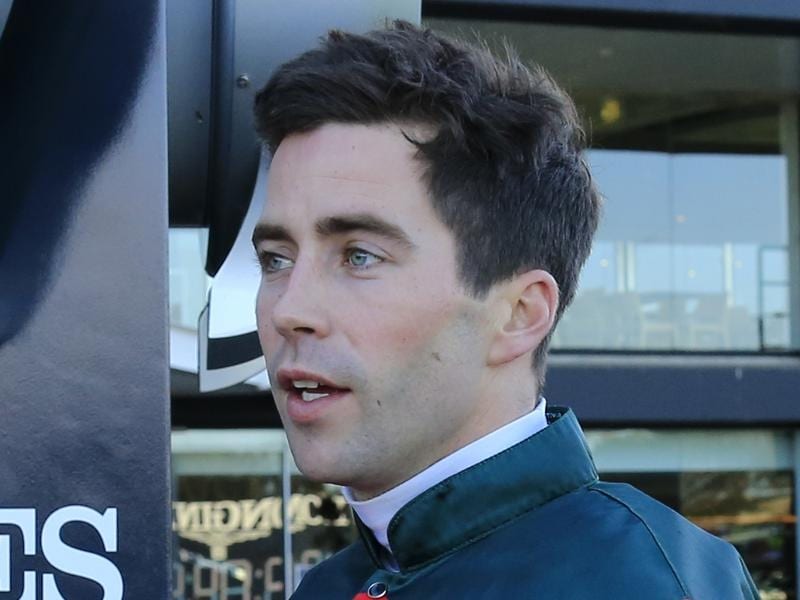 Adam Hyeronimus has been found guilty of 30 of 31 betting charges.

Group One-winning jockey Adam Hyeronimus faces a potentially lengthy ban from racing after being found guilty of 30 of 31 betting charges levelled against him by Racing NSW stewards.

Stewards found Hyeronimus guilty of having an interest in a bet of $500 on Lucky Meteor, a horse he rode at Canterbury on November 5, 2016.

He was also found guilty of having an interest in a $500 bet on Limbo Soul when he rode that filly to victory on debut at Rosehill on February 22, 2017.

Those two charges fall under an Australian Racing Rule that carries a minimum two-year disqualification unless there is a finding of special circumstance, in which case the penalty may be reduced.

Hyeronimus was also charged with having an interest in 29 bets on thoroughbred races between June 2016 and January 2019 in races he was not involved in.

He was found guilty of 28 of those charges and not guilty on one.

Hyeronimus pleaded not guilty to all charges during a two-day hearing earlier this month.

Licensed stablehand Blake Paine has been found guilty of 30 of the 31 charges issued to him under Australian Racing Rule 236 in relation to placing the bets for Hyeronimus.

A hearing of submissions on penalty for Hyeronimus and Paine will be held at a future date, while another charge against the pair of providing false or misleading evidence to stewards at an inquiry in May last year remains to be heard.

Hyeronimus has ridden 49 winners this season highlighted by his first Group One victory aboard Shout The Bar in the Vinery Stud Stakes at Rosehill in March.