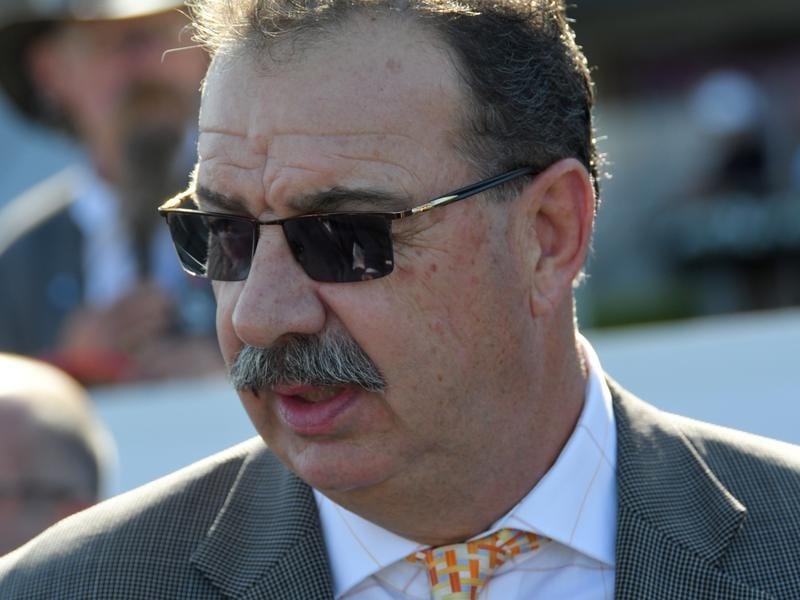 Trainer John Sargent hopes Tinkermosa can continue to improve at Rosehill ahead of a stakes race.

John Sargent has scrapped Villiers Stakes plans for House Of Cartier but remains hopeful stablemate Tinkermosa can keep her stakes goal on track with a solid performance at Rosehill.

Sargent had earmarked the Group Two Villiers at Randwick on Saturday week for House Of Cartier but confirmed that was off the table after her poor performance when unplaced in the ATC Cup last weekend.

“We did all the tests. We scoped her, we took bloods, we trotted her up and couldn’t find anything. We’re bamboozled,” Sargent said.

“We won’t go to the Villiers now. We just need to get her back on track because that was well below her form.”

While House Of Cartier will head back to a benchmark race later this month, Tinkermosa remains on target for her summer goal, the Group Three Belle Of The Turf Stakes (1600m) at Gosford on December 27.

The mare ran out of condition when she resumed with a midfield effort behind Pinup Miss at Newcastle but Sargent said she had taken good improvement from the run.

Tinkermosa tackles Saturday’s TAB Venue Mode Handicap (1350m) at Rosehill and while the distance is still short of her best, at $26 she is at good each-way odds.

“She challenged halfway up the straight and just peaked on her run first-up,” Sargent said.

“She has come on a lot since then and I still think there is a bit of improvement in her.

“With the wider draw she will probably go back and we’ll ride her for luck.

“If they run fast she will be getting home strongly at the end and she can definitely run first three or four.”

Lucicello was the $2.40 favourite on Thursday with punters expecting her to atone for a last-start fourth to Kylease at Kembla Grange when she made ground on a track that appeared to favour on-pace horses.