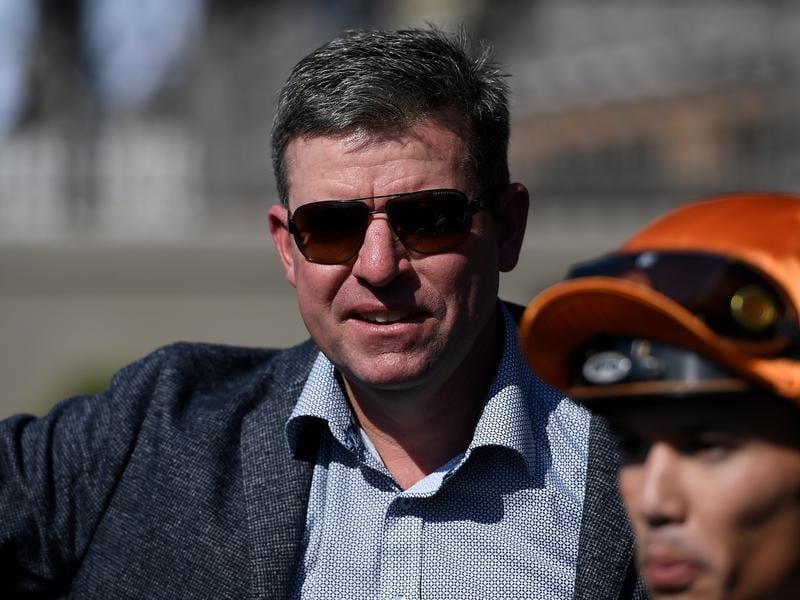 Improving two-year-old Way Beyond will wear blinkers for the first time when he attempts to qualify for the rich Magic Millions Classic via a race at Doomben.

A win in Saturday’s QTIS Two-Year-Old Handicap (1200m) at Doomben should put him in the Classic field.

Way Beyond has been placed behind two of Brisbane’s best young horses with a third to Rothfire at Doomben and a second to Dusty Tycoon at the Sunshine Coast.

Both those races were over 1000m and on both occasions Way Beyond was eight lengths off the leaders at the 600m.

Trainer Stuart Kendrick hopes the addition of blinkers will help Way Beyond take up a closer position on Saturday.

“We have been waiting to get him out to 1200 metres before putting blinkers on him. He has worked in them and I liked the way he went.”

“If he can earn enough money on Saturday it will take the pressure off and we might be able to get away with just a trial before the Classic.”

Kendrick’s best effort in the Magic Millions Classic was with Fullazaboot who ran second to Sunlight in 2018.

Fullazaboot was later sold to Hong Kong but Kendrick is hoping Way Beyond will go on to be a more than handy three-year-old.

Way Beyond is from the first crop of Spill The Beans who died last month.

It will be a busy day for Kendrick who has key runners Tarzan in the Bribie Handicap and Don’t Waiver in the Eagle Way series heat.

“You know what to expect from Tarzan who will get out and roll forward. I have been looking forward to getting Don’t Waiver out to a middle distance,” he said.