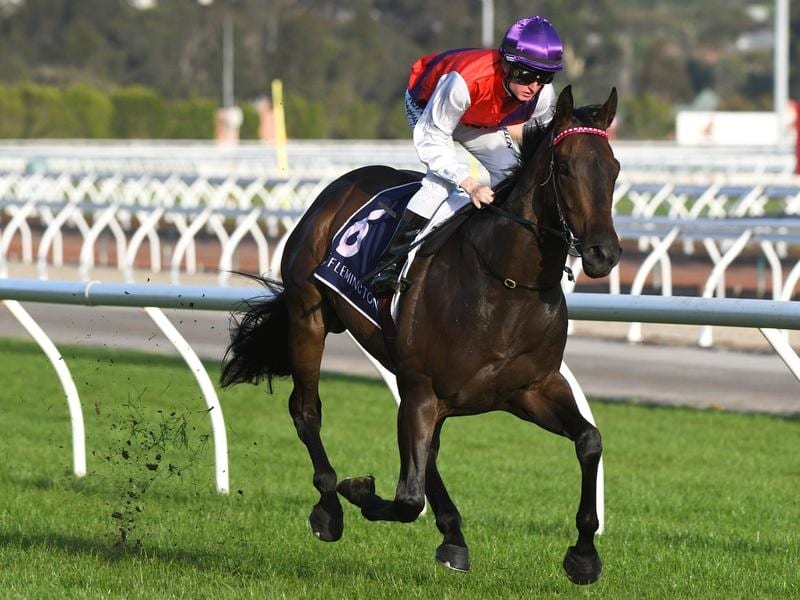 King Of Hastings will trial at Rosehill before completing his trip from Melbourne to the Gold Coast.

King Of Hastings will not be among final acceptors for the Group Three Standish Handicap having made his way from Melbourne to Sydney en route to the Gold Coast.

The Anthony Freedman-trained three-year-old left his Flemington stable on Friday evening, travelling overnight to Sydney where he will housed by Richard and Michael Freedman.

Instead of running in the Standish Handicap (1200m) at Flemington on Wednesday, King Of Hastings will trial over 1030m at Rosehill on Monday.

King Of Hastings then travels to the Gold Coast on Friday to prepare for the $2 million Magic Millions 3YO Guineas (1400m) on January 11.

Freedman’s racing manger Brad Taylor said King Of Hastings was entered for the Standish in Melbourne as a precaution against any transport difficulties.

“He’ll stay at the Gold Coast and deserves a crack at the race,” Taylor said.

“It is a step up for him having to take on Alligator Blood and Diamond Thunder, but he’ll still be earning $200,000 if he runs third.

“There’s a big group of owners and they’ll all get up there and enjoy the day and hopefully he can run well for them.”

King Of Hastings returned to winning form against older horses over the straight 1200 metres at Flemington on December 14.

He is currently a $15 chance for the Magic Millions Guineas with Alligator Blood the $2 favourite ahead of Diamond Thunder and Saturday’s winner at The Valley, It’s Kind Of Magic, at $11.

Wednesday’s Standish Handicap drew just 11 nominations headed by the Ciaron Maher and David Eustace-trained Spirit Of Valour who has top weight of 59kg.