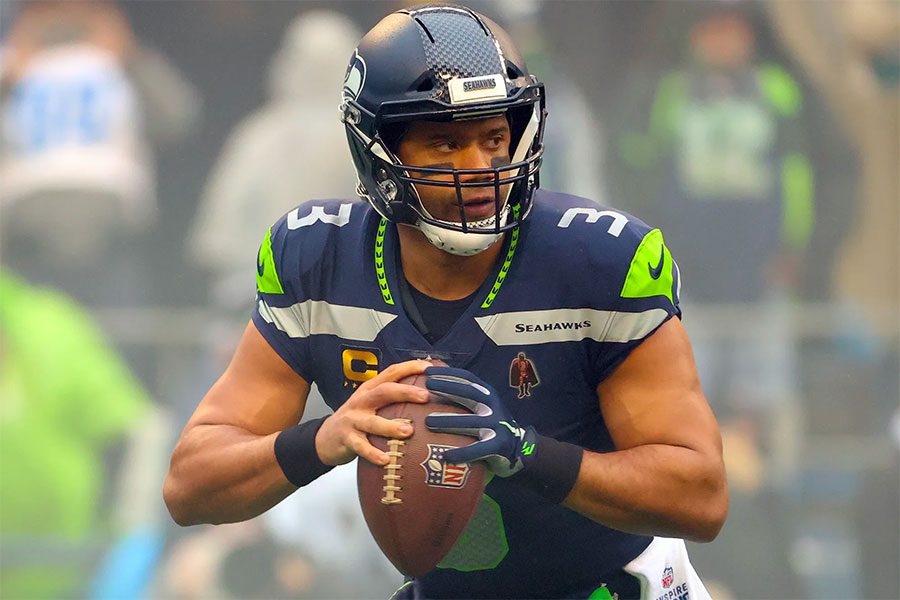 The NFL world was shocked this week when the Seattle Seahawks sent Super Bowl-winning quarterback Russell Wilson to the Denver Broncos.

The Seahawks received two first round picks (number 9 overall in 2022), two second round picks, one fifth round pick, quarterback Drew Lock, tight end Noah Fant and defensive lineman Shelby Harris who was the heart and soul of the Broncos locker room a season ago. This massive trade package for the Seahawks seems a little steep for a 32-year-old quarterback coming off of a down year, but Wilson’s track record makes him worth a king’s ransom.

The deal benefits both teams who are headed in two polar opposite directions despite meeting in the Super Bowl in 2014. The Broncos are a team on the rise after multiple losing seasons while the Seahawks might be in for a rebuild after being one of the most consistent teams in the NFL. This just goes to show how tough it is to build a consistent winning team in today’s NFL.

At the start of the offseason, it looked like the Broncos were just a quarterback away from making some noise and after being in the hunt for Aaron Rodgers, ultimately decided on Wilson to be their next franchise quarterback. For the Broncos specifically, the quarterback position has been somewhat of a musical chair game as Brett Rypien, Jeff Driskel, Brandon Allen, Joe Flacco, Case Keenum, Brock Osweiler, Paxton Lynch, Trevor Siemian, Drew Lock and Teddy Bridgewater all took a crack at playing the position for the Broncos but none have stuck.

The Broncos have been in this position before, and it netted them two Super Bowl appearances with Peyton Manning and they’re hopeful they can find the same success with Wilson at the helm. Jerry Jeudy, Tim Patrick, Cortland Sutton, and Jevonte Williams will all be key members in that quest but there will be no bigger part than Wilson. With all that same talent last season, the Broncos finished last in a tough AFC West division. The AFC West is the home of Patrick Mahomes, Justin Herbert, Derek Carr, and now Wilson. This now looks to be the best division in all of football.

Despite their rough season last year, the Broncos now have the fifth best odds to win Super Bowl 57 after the addition of Wilson and new head coach Nathaniel Hackett. Hackett had a ton of success with arguably the best quarterback in the NFL in Rodgers during his time in Green Bay and now has a pretty good one in Denver. The loss of Fant and Harris will certainly sting for the Broncos as currently constructed, but it’s not likely they go into the season without being major players in free agency. Former Bronco and member of last year’s Super Bowl Rams team Von Miller has expressed his desire to come back to Denver. While Miller isn’t quite the player he was the last time the Broncos were competing for the Super Bowl, he proved to be a major key in the Rams’ Super Bowl win, showing that he still has some juice left in the tank.

The Seahawks, on the other hand, are in a very tough position. After being one of the league’s most consistent winners over the past decade, it seems like this is the dawn of a new era in Seattle. The same day Wilson was traded, they released standout linebacker Bobby Wagner, which really signified the end of an era in Seattle. The Seahawks scraped and clawed their way to a 7-10 record last year, a season where Wilson missed time for the first time in his career. Pete Carroll did a great job of getting seven wins out of a mess of a Seahawks team, but he will turn 71 years old in the first month of this upcoming season. The Seahawks are forced to make a decision right now. They can either use the two first and second round picks they received from the Broncos to build their roster or make one last run with Carroll at the helm.

It’s rumored that the Seahawks have been closely monitoring the DeShaun Watson situation down in Houston. Should the NFL complete their investigation and make a decision on Watson’s future, the Seahawks will have the draft capital to put together a deal for Watson.

It is a tough decision though, Seattle’s two best players are now at the team’s receiving core. D.K. Metcalf and Tyler Lockett are perennial Pro Bowl players, but both are coming off down seasons. While Metcalf is still young, Lockett is entering his age-30 season this year after inking a big contract at the start of last season. If the Seahawks truly commit to a rebuild, Metcalf and Lockett should be able to net them some more draft ammunition.

The Seahawks are in just as tough of a division as the Broncos are. With the defending Super Bowl champion Rams, San Fransisco 49ers, and Arizona Cardinals, it looks like there is a drastic drop off between the Seahawks and the three teams mentioned above. They are currently +1100 to win their division next year, while the next furthest odds are the Cardinals at +300.

The NFL is truly a year-by-year league. At the start of last season who would have guessed that in a year’s time, Russell Wilson will look to lead the Broncos to a Super Bowl while the steady Seahawks look to be in for a rebuild. It will surely be an interesting offseason for both of them.