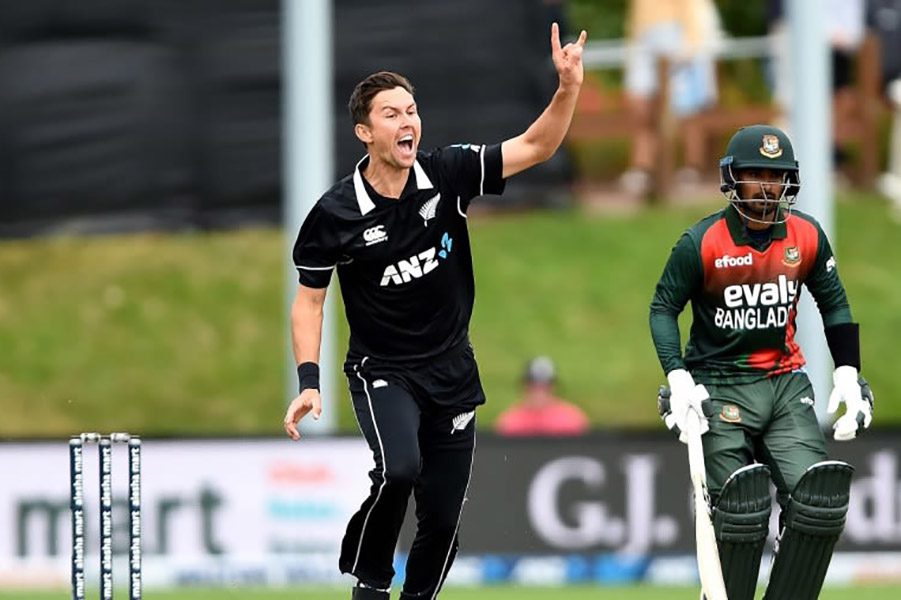 Bangladesh will look to do the unthinkable winning again against second place cricket team New Zealand in the second test match. The game is set to start on January 9th at Hagley Oval in Christchurch. Bettingsite’s cricket tipster brings you the betting preview with the top tips & odds of the game.

Bangladesh scored their greatest win in their history when they beat New Zealand by 8 wickets in the last Test at Mount Maunganui. Gone are the days when they were one of the biggest jokes in international cricket and their win last week means that the series is 1-0 to Bangladesh with only this Test Match remaining. Bangladesh now have a respectable team that doesn’t automatically fold under pressure. Litton Das is a chirpy wicketkeeper who also contributed with the bat in the First Test with 86 in just over 4 hours at the wicket and Mominul Haque also contributed a similar innings and set a fine example as captain. Ebbadot Hossain fast bowling was also a revelation and his six wickets proved a revelation and he consistently made the New Zealand team look uncertain, if not downright uncomfortable.

New Zealand might be taking a hard look at some of their players but Devon Conway isn’t one of them. He scored a solid 122 in the first innings last week and he looks set to have a bright future in the New Zealand top order. Henry Nicholls was also worthy with his 75 in the first innings but the real damage was done when the lack of a quality spinner was exposed and Bangladesh compiled easy runs on a dead wicket. Hagley Oval is an easy place to score quickly for the confident batter and Tim Southee and Trent Boult can’t take all the wickets all the time. Maybe the recent T20 tournament in New Zealand might have put them in an overly aggressive frame of mind for Test Match cricket? Their tailenders contributed hardly anything and this has to change and they should set themselves the goal of at least attaining double figures on an individual basis.

Hagley Oval is one of the most beautiful grounds in the world but it’s no paradise for the bowler. For Bangladesh Mehidy Hasan Miraz’s off breaks should at least slow down the New Zealand scoring rate in combination with Taijul Islam’s slow left arm orthodox spinners which will allow the fast bowlers such as Taksin Ahmed and Shoriful Islam to clean up the Kiwi batters.

The pitch should remain hard and true for the first three days and plenty of runs will be scored by both teams during this time but the last two days will favour the bowler who can keep it up and straight at the wickets, Kyle Jamieson for New Zealand should take some wickets during this period but the key will be to have a good spinner who can slow the scoring below three an over for both teams.

New Zealand will be desperate to show that they belong in the top 4 of world cricket and to be beaten twice in a row at home by Bangladesh would be unacceptable. Bangladesh on the other hand would be very happy to fly back home with a 1-0 win in the series and these facts along with the friendly batting track means that a draw is more likely than not. There are plenty of world class batters on both sides who can grind it out for hours at a time and watch the fast bowlers tire on a featherbed wicket.

Batter to Score a Fifty in the Match : Devon Conway

Devon Conway is yet another South African who has gone on to bigger and better things outside of his home country and his batting average of 64 after 4 Tests proves that he belongs at No.3 in the order. The 30 year old left hander loves to punch the ball through the off side and then compile runs with his sprinting ability between the wickets. He loves to dominate with the pull shot as well which should be an optimal shot at Hagley Oval and he has the ability to concentrate for long periods of time.

Batter To Score A Fifty In The Match – Devon Conway