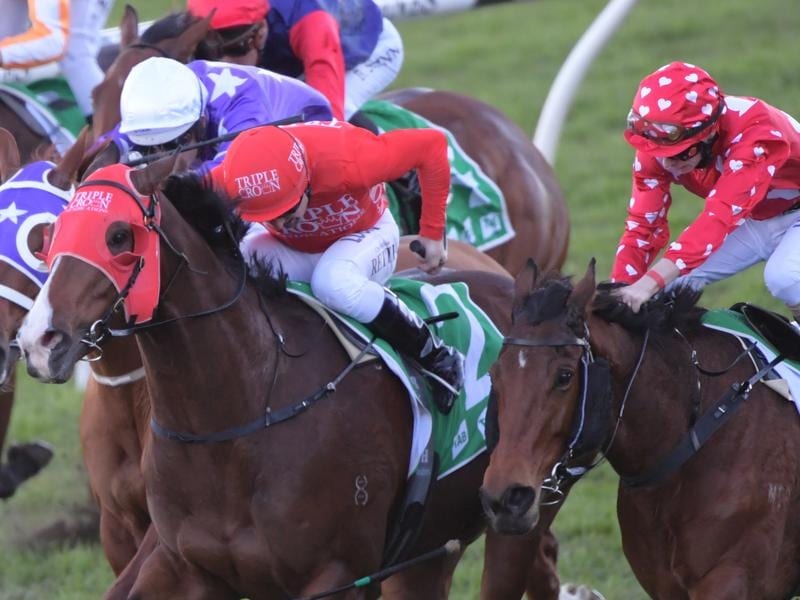 Premier trainer Tony Gollan has taken over the preparation of handy sprinter Smartedge as he aims to start the new season in the same vein as he finished the recent one.

Gollan had his best season to date in 2019-20 winning his seventh straight Brisbane metropolitan trainers’ premiership to put him fourth on the all-time list behind Bruce McLachlan, Fred Best and George Anderson.

He set a Queensland record of 157-1/2 winners to snare the state title.

Gollan also became the first Brisbane trainer to pass 100 metropolitan winners with a record 107-1/2, and set a new prize money mark for Queensland trainers with $7.3 million.

One of the keys to his success has been his ability to place former interstate gallopers in Queensland races.

Smartedge was scratched from the Open Handicap last Saturday at Doomben when the track was downgraded to heavy.

He was formerly trained by Peter and Paul Snowden in Sydney and the pair stable their interstate runners with Gollan when they travel to Brisbane.

Smartedge, who is owned by a Triple Crown syndicate, has accepted for the Open Handicap (1400m) at Eagle Farm on Saturday.

The gelding is no stranger to racing in Queensland where he has shown good form and competed at the past three Magic Millions race days.

He finished midfield in Pierata’s 2018 Guineas, sixth to Redouble in the 2019 Magic Millions Cup and fourth to Vega One in the Cup this year.

He has also raced well in Brisbane and was an Eagle Farm winner in June last year, beating the likes of Magnufighter, Sweet Deal, Sophie’s Gold Class and Boom Boom Epic.

“Any horse you get from the Snowdens is always in top nick so he is ready to go,” Gollan said.

Gollan has another strong hand on Saturday with most interest in his three-year-old filly Bleu Zebra.

She won a trial by a big margin before easily scoring at her first start at the Sunshine Coast.

“This is a step up but she is promising,” Gollan said.

Bleu Zebra has drawn barrier three for her 1000m assignment.