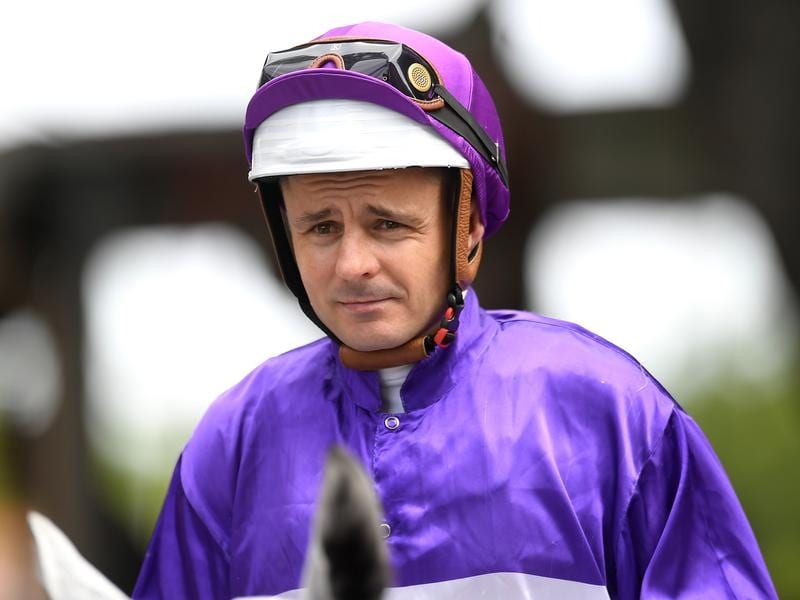 Brad Stewart will ride Broken Hero at Doomben for his trainer/father Neville.

Grafton trainer Neville Stewart’s decision to relocate to Queensland for a couple months with one horse is paying big dividends.

Stewart is the trainer of promising two-year-old Broken Hero who is among the favourites for the 2YO Handicap (1350m) at Doomben on Saturday.

Stewart was a regular visitor to Brisbane two decades ago but gave racing away for more than 10 years.

“I had enough of training so I drove trucks and semi-trailers for a long time,” Stewart said.

“Then I had a three-year stint driving floats in Victoria before I got the racing bug again.

“I went to Grafton and bought a filly named Western Desert who won a couple of races before breaking down.

“We decided to breed from her and she went to young sire Better Than Ready and the result was Broken Hero.”

When Broken Hero started to show promise Stewart relocated to Brisbane to overseer his preparation.

“He won well first-up at Beaudesert and then he was a good third last time at Doomben over 1200 metres,” Stewart said.

“They ran him off his feet and out of his comfort zone last time. The 1350 metres suits much better and his dam is related to an Adelaide Cup winner.

“I planned to come here for eight weeks and it is now nine and Broken Hero might go for a break after this.”

“Michael and Brad both like him and we might have a good horse in the making,” Stewart said.