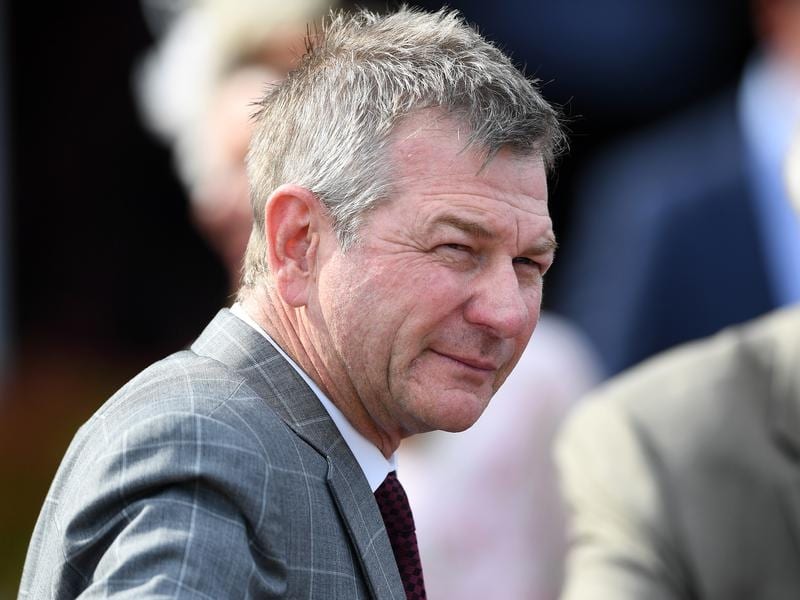 Trainer Kris Lees says import Danceteria will appreciate taking a step back in class at Randwick.

A tactic that backfired in the Tancred Stakes might prove to be a masterstroke for import Danceteria as he bids to turn around his indifferent autumn carnival form.

A Group One winner over 2000 metres in Europe, Danceteria has struggled to produce anything like that effort in four Australian runs.

Three of those have been in the best company, including in Verry Elleegant’s Group One Tancred Stakes (2400m) when he settled last before sweeping around the field mid-race to take up the running, kicking on the corner and tiring late to finish eighth.

He drops in distance and grade for Saturday’s Group Three Japan Racing Association Plate (2000m) at Randwick and trainer Kris Lees is hoping the Tancred run has reminded Danceteria that he is a racehorse.

“He took off mid-race the other day and it might have helped him from a future point of view and switched him on a little bit,” Lees said.

“If he can run anywhere near his best he will be right in this race.”

Danceteria has continued to work well on the training track and Brenton Avdulla sticks with him after partnering the horse in the Tancred.

Lees is having a throw at the stumps with fillies Enchanted Heart and Sorrentina in the James H B Carr Stakes (1400m), with the pair taking on short-priced favourite Rubisaki who is yet to be beaten this campaign.

While the trainer concedes Rubisaki has a stranglehold on the race, he says it is an opportunity for his two to accrue some valuable black-type.

Lining up for her seventh campaign start, Enchanted Heart is backing up from her sixth in the Provincial Championship Final in which she finished the race off well.

“She has had a long enough prep but outside the favourite it’s an open race so it’s a chance for her get some black-type,”Lees said.

“Sorrentina is in the same boat. I could probably place her a bit softer but it is an opportunity to race for black-type a bit later in the season.”