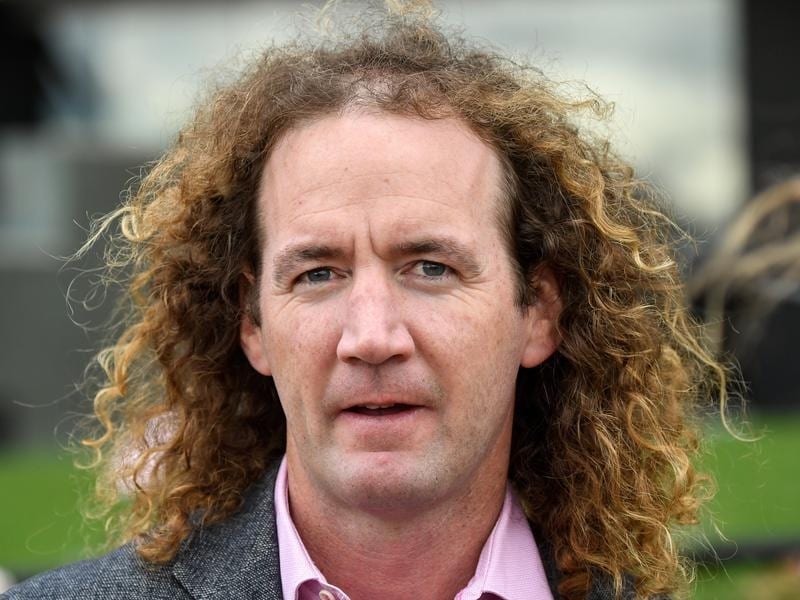 Untapped colt Anders has emerged as a wildcard for The Everest with a sustained display of speed to land a facile first-up victory in The Rosebud.

Annabel Neasham, representing trainers Ciaron Maher and David Eustace, said Anders was finally delivering on the promise he had always shown at home.

“We always knew he had an awful lot of ability but he was just doing a few things wrong,” Neasham said.

“In those early stages he was head-to-head with Gerald’s horse (The Face) and I think the old Anders would have fired up a bit.”

Neasham was attending her penultimate Saturday race meeting for Maher and Eustace before branching out as a trainer in her own right.

She wished she could take Anders with her and said the sky was the limit for the colt this spring.

The three-year-old, who is likely to step out next in the San Domenico Stakes in three weeks, is raced by Aquis Farm.

They hold a slot for The Everest and Neasham won’t be surprised to see Anders fill it.

“He is a proper colt. They are going to have an awful lot of fun with him,” Neasham said.

“Aquis have a slot in the Everest, so you never know. He is very fast.

“He is probably too brilliant for a Golden Rose but you never know. There is a always a Coolmore as well, but I think they will aim high with him.”

Maher and Eustace are coming off an outstanding season with their juveniles and Neasham expects many of them to train on as spring three-year-olds.

She confirmed the Victorian-based Maher had entered quarantine and would base himself in Sydney during the early part of the carnival.

Maher will oversee the transition of the operation’s Sydney arm with Jack Bruce to take over from Neasham in the coming weeks.