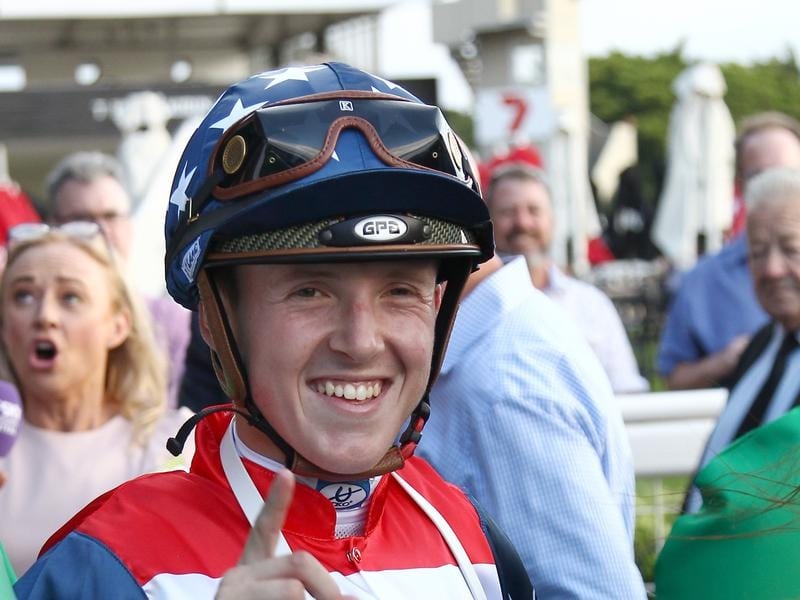 Apprentice Jackson Murphy has escaped serious injury after a fall at the Gold Coast.

Murphy was tossed from favourite Dream Master shortly after the start in the fifth race on Saturday.

He was taken to hospital for observation but released on Saturday night.

Murphy posted a message on social media thanking his well wishers and reporting he had muscle soreness and a “bruised ego.”

He said he hoped to ride trackwork on Monday morning.

Chief steward Peter Chadwick said the panel reviewed the fall footage and determined Dream Master had blundered at the start and then wanted to buck.

Dream Master must now trial satisfactorily twice before being allowed to race again.

Murphy returned recently after spending four months on the sidelines after breaking a wrist in a fall at Doomben in December which cost him any chance to win the Brisbane apprentices’ premiership.