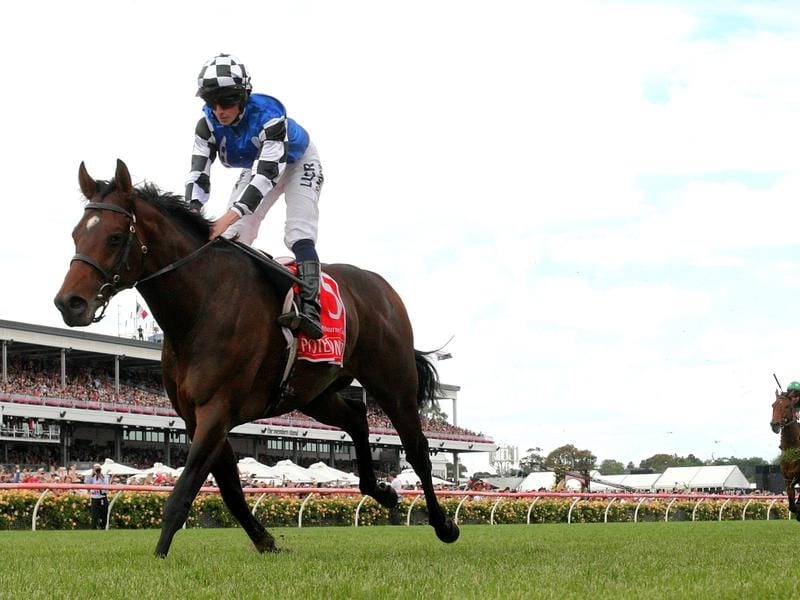 Australia-bound Mustajeer has won Europe’s richest handicap, the Ebor at York, ahead of his transfer to Kris Lees to be prepared for the Caulfield and Melbourne Cups.

Trained in Ireland by Ger Lyons, Mustajeer, who finished fourth in the Ebor last year, won the 2800m-race by three-quarters of a length from Red Galilro.

He has been bought by Australian Bloodstock and will travel to Australia next month and join Lees at Newcastle.

Ridden by Colin Keane, Mustajeer was always within striking distance from a prime draw in barrier two.

He took the lead in the final stages and held off Red Galileo with Desert Skyline and Raymond Tusk third and fourth.

Prince of Arran, third in last year’s Melbourne Cup, pleased trainer Charlie Fellowes with his eighth, five lengths from the winner, and is on target for his return to Australia.

“That’s his last race for us. He’s been sold to go to Australia, but David Spratt still owns a share,” Lyons’ daughter and assistant Kerri Lyons said.

“Hopefully it will be the Caulfield Cup and then the Melbourne Cup.

“That will be a dream come true and he’ll do well for the new owners.”