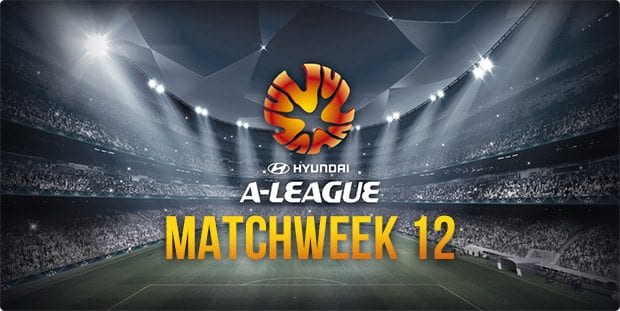 WHEN the 2016/17 A-League season is finished, we may look back on week 11 as the round in which the Melbourne Victory made their true title push.

The Victory made a statement against City in the Melbourne Derby last weekend. The Big V are on fire and are led brilliantly by Besart Berisha, who is the $3.30 favourite to win this year’s Golden Boot at Sportsbet.com.au.

While the Victory are the form team of the competition, they are still seven points adrift of the undefeated Sydney FC.

The Sky Blues remain the $4 favourites at WilliamHill.com.au to take out the A-League title, but the Victory are just 20 cents adrift on the second line of betting.

Both teams face the bottom two teams this round, which means the top-two teams on the ladder can further gap the competition if they are successful across the elongated round.

All odds for the 12th week of the A-League season were provided by Sportsbet.com.au, which is offering punters a fantastic inducement for those yet to sign up.

Selections for the A-League week 12 multi:

Two A-League powerhouses lock horns to kick off the round on Friday night at Suncorp Stadium.

The Roar have been quietly accumulating points and currently sit in third position on the ladder. John Aloisi’s men have not lost since round 2 and are looking to secure their third straight win.

Western Sydney were woeful last week. The Wanderers gave up a two goal lead against the Phoenix to draw 2-2. Remarkably, WSW are level on points alongside the fifth placed Newcastle Jets and still in the finals hunt.

This match looks like a walk in the park for the Roar. The Wanderers are one of the worst defensive teams in the competition which bodes well for Jamie Maclaren and the rest of the Brisbane front men.

The undefeated Sydney FC travel to South Australia to face the reigning premiers on Boxing Day for the second leg of our multi.

The Reds season has gone from bad to worse over the last fortnight. Adelaide were destroyed by Brisbane 4-0 before losing to Newcastle in a horrible showing that displayed just how far they have fallen since breaking through last season for their maiden title.

Sydney FC is unbeaten this season, but until last week they had won just once in their last four outings. They bounced back in emphatic fashion against Perth, winning 4-1.

This match looks to be one of the most straight forward games of the weekend. Sydney should maintain their unbeaten run whilst condemning Adelaide to a third straight loss.

Melbourne City host Perth Glory on Boxing Day night in the sporting capital of Australia in what looms as a vitally important game for both sides.

City lost last week’s derby despite scoring the first goal of the match. It was the first time in five outings that the Victory have overcome their cross-town rivals.

Perth need a win after registering one point from their last four games. The Glory have conceded six goals from their last two matches and need to tighten up their defensive efforts immensely if they are to stand a chance on Monday.

It looks like the perfect bounce back game for City, who should break a three game winless streak to close the gap on the leading teams in the competition.

The most in form team in the A-League in the form of the Melbourne Victory host the bottom of the table Central Coast Mariners in what is the safest leg of our multi.

The Mariners are on a three game losing streak where they have conceded a multitude of goals. Central Coast has let in nine goals from their last three games while scoring just two of their own.

The Victory have 13 points from the five weeks of football and are surging towards the top of the ladder and title favouritism. They have only failed to score two or more goals once in that timeframe and are without question the best team in the competition right now.

This is the formality of the round. Melbourne should win and end our round 12 multi out in the right way.

A-League Promotions for Round 12

We have games stretched across six days this weekend, so punters putting together a soccer multi this weekend will have almost a game a day across all competitions worldwide starting from Friday extending to Wednesday.

Thankfully for those who have the uncanny knack of picking a losing leg never fear, all the good betting agencies have multi insurance promotions running over the weekend.

Sportsbet.com.au’s multi insurance deal extends to all the top-tier competitions, so punters will be able to unload on a multi knowing if one leg fails they will not be out of pocket.