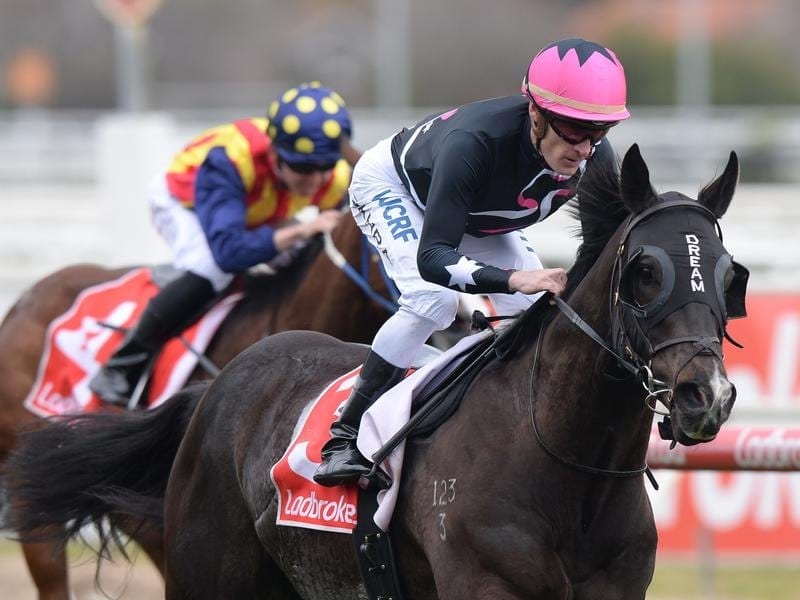 Mr Sneaky will be out to go one better than a year ago in the Sir Rupert Clarke Stakes at Caulfield.

A barnstorming finish by stablemate Santa Ana Lane denied Mr Sneaky a Sir Rupert Clarke Stakes victory a year ago but the sprinter is ready for another crack at the Group One handicap.

The Anthony Freedman-trained gelding will run in Saturday’s Rupert Clarke (1400m) at Caulfield at the third start of his preparation.

Jye McNeil has ridden Mr Sneaky in his two starts this campaign and the 23-year-old is chasing his first elite-level success having had five previous rides in Group One races.

“The track was probably a little bit firm for him and just second-up syndrome, he was just a little bit flat when he came out on him last start,” Freedman’s son and assistant trainer, Sam Freedman, said.

“But he’s come through it OK.

“He was a little bit jarry after the run but he’ll be tip-top for the weekend and hopefully he can produce a similar effort to last year.

“I think he’s going into the race in as good a form as he was in last year.

“It’s probably a stronger race but I think he’s going to be competitive like he always is.”

The Rupert Clarke has attracted a quality list of 24 nominations headed by international visitor Jungle Cat who is trained by Charlie Appleby.

Jungle Cat won the Group One Al Quoz Sprint in Dubai at his most recent start in March and heads the weights with 58kg.

But it is one of Godolphin’s locally-trained sprinters, import Home Of The Brave, who is the early favourite.

Land Of Plenty and Peaceful State, who ran the quinella in the Chandler Macleod, are two of five Weir-trained horses nominated.

There is a field limit of 15 plus four emergencies.