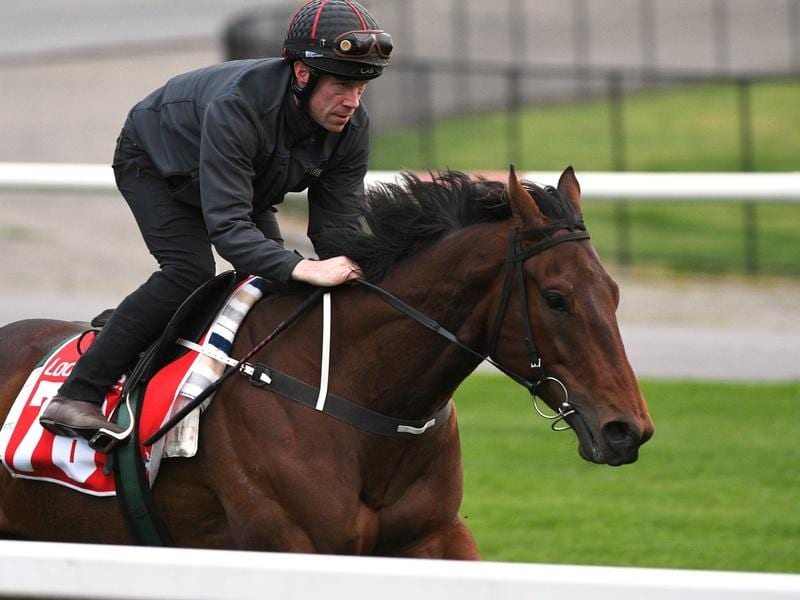 Mr Quickie has stretched his legs around The Valley in preparation for a possible Cox Plate tilt.

With the Cox Plate at The Valley among the spring options for Queensland Derby winner Mr Quickie, trainer Phillip Stokes has given the gelding a familiarisation gallop at the course.

Mr Quickie was among several high profile horses to work at The Valley on Monday morning including fellow Group One winners Sunlight and Trekking who are both scheduled to run in Friday night’s Group One Moir Stakes (1000m).

His Turnbull performance will have a major bearing on where he heads.

After his slashing Makybe Diva Stakes run Mr Quickie was elevated to outright favouritism for the Group One Caulfield Cup (2400m) on October 19 in which he has 53kg.

The Caulfield Cup is a week before the Cox Plate (2040m).

“We go to the Turnbull and then we’ve got obviously the Caulfield Cup or Cox Plate to weigh up. So we’ll see how we go,” Stokes said.

The Pakenham-based Stokes believes Mr Quickie got what he wanted him to out of the excursion to The Valley.

“It was just for a look at the track and a trip away,” Stokes said.

“He worked over 1800 metres and he did everything we wanted him to do.

“He changed lead legs a few times, just looking around but he seemed to be OK on the surface and his work was nice.

“It really stimulated him so we were happy with what we achieved today.”

Mr Quickie won the Derby 2400m but Stokes is still unsure what the four-year-old’s best distance is, especially after his third in the Maykbe Diva over 1600m.

“He’s still nominated in everything.”