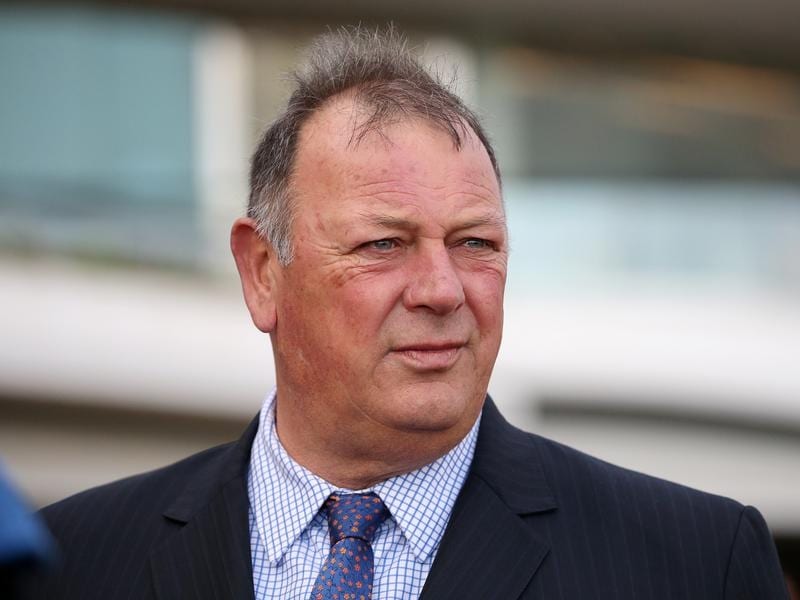 A different training regime has put some speed into the legs of French import Mr Marathon Man who runs for the second time in Australia at Flemington.

Mr Marathon Man made his debut for the Mike Moroney stable when 10th in the Wangoom Handicap at Warrnambool earlier this month.

Moroney has picked out Saturday’s John Meagher Hall Of Fame Trophy (1400m) as the gelding’s next assignment.

Mr Marathon Man did not race short of 1800m before his arrival in Australia and has been a surprise to Moroney with the speed he has shown in jump-outs.

The five-year-old came to Australia with a shipment of international horses for the spring carnival with the trainer considering a race at Flemington during Melbourne Cup week.

But Moroney said Mr Marathon Man was showing coltish behaviour so the decision was made to geld him and give him a spell.

“He won a jump-out before we gelded him and he’s come back and run second to Dollar For Dollar in a jump-out at Werribee and looked to be going as well as him,” Moroney said.

Moroney said they selected the Warrnambool sprint hoping for a wet track.

“We went down there hoping for a pretty testing track mainly because we wanted to go further than 1200 metres,” Moroney said.

“We wanted to give him a run on a track that had a little bit of give first-up, hoping it might get to heavy and be more like a 1400-metre race, but the track dried up.

“Under the circumstances I thought it was a good run.”

Moroney said the stable was still feeling its way with Mr Marathon Man and expect the 1400m to suit on Saturday.

As for how far Mr Marathon Man progresses into the winter, that will be determined by his performances in coming weeks.

“I would think we won’t go too far,” Moroney said.

“He’s in good order. We’d probably give him a quick break and give him a change of scenery before the spring.

“He’s got some nice talent but without any doubt he strikes me that he wants a bit of give in the ground and a mile is going to be more his right trip.”