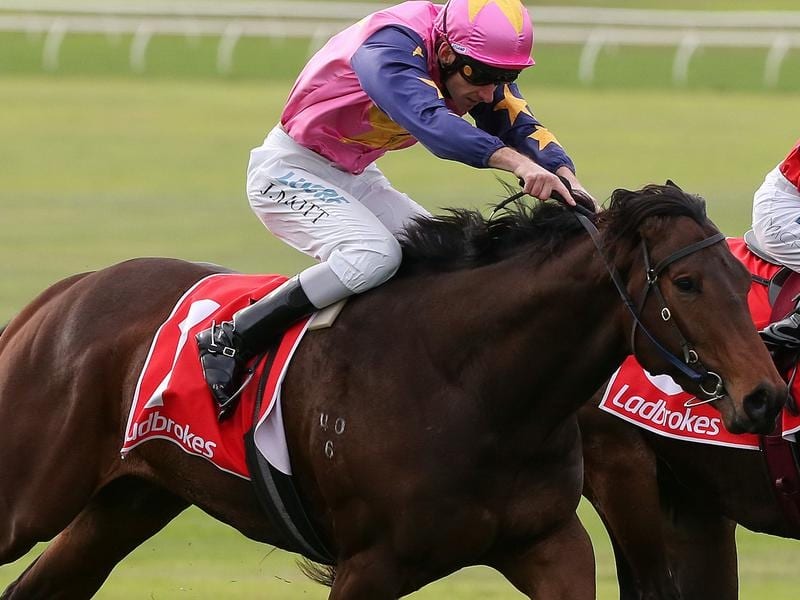 Can’t Be Done will try to build on a promising record for trainer Danny O’Brien at Caulfield.

Jamie Mott has been impressed by what Can’t Be Done has shown so far in his first preparation and the jockey believes the two-year-old gelding is poised for another bold showing in his next test at Caulfield.

The Danny O’Brien-trained Can’t Be Done made it two wins from three starts when he edged out King Of Hastings at Sandown on June 15 and the gelding is scheduled to run for the first time in a month in Saturday’s Ladbrokes Odds Boost Handicap (1200m).

“He’s a lovely horse and he’s just got the best attitude for a two-year-old,” Mott, who has ridden Can’t Be Done in all his starts, said.

“Ever since day one he’s just been very push button.”

Can’t Be Done won a Sale maiden comfortably on debut in May and then Mott said when the gelding was forced to fight for the first time in his next start he did not quite know how to put the race away when The Astrologist fought back to beat him narrowly at Caulfield on June 1.

“He only went down a head in the finish but I knew going third-up that he would take that experience and he would be better,” Mott said.

“And he showed that when he beat King Of Hastings. He really fought and knew how to hit the line properly.”

The Anthony Freedman-trained King Of Hastings confirmed that form with an impressive win at Caulfield last Saturday week while Can’t Be Done has had a short freshen-up since his short-head victory at Sandown.

Mott believes it has “done the world of good” for Can’t Be Done.

“I went and galloped him on Tuesday morning and he was very sharp,” he said.

“I don’t know how good he is going to be but he’s definitely ticking all the right boxes at the moment.”