Australians have a long and storied history of dominating sports, few would realise however just how hard the path was for the athletes of yesteryear to put our country on the map.

The trail was blazed by the likes of Mark Bosnich, Rod Laver and Greg Norman – those who were able to take that Australian fighting spirit and showcase it on the world stage.

While there are many familiar names in the local games, there are some absolute superstars currently plying their trade overseas that are doing the nation proud on a weekly basis. 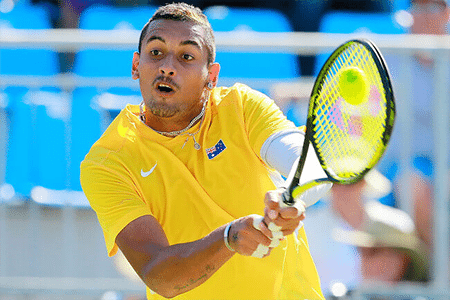 Aussie firebrand Nick Kyrgios has been one of the most recognisable names on the ATP tour after his grand slam heroics at both Wimbledon in 2014 and the Australian Open in 2015.

Despite displaying fantastic form at the majors, Kyrgios took until 2016 to notch up his first ever career title.

Never far from the headlines, the Canberran has caused a stir across mainstream media with his brash behaviour and outlandish choice of hairstyles – but has been able to back it up with his refreshing flair for power and finesse on the court.

There is no doubt that if the Canberra native is able to harness his aggression in a positive way he can add his name to the long list of Aussie Grand Slam champions. 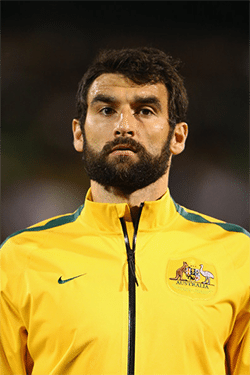 When it comes to Australians on the international soccer scene, the names do not come much bigger than Socceroos captain Mile Jedinak.

The former Central Coast Mariner has played in both Australia and Turkey’s domestic competitions, but Jedinak really found his feet with north London side Crystal Palace.

Palace were in the second division when Jedinak made his way to the club, but through his and the team’s perseverance the Eagles forced their way into the English Premier League – the country’s highest level of football.

Jedinak is not just a footballing journeyman either.

On October 28, 2014, Jedinak was named the fifth-best player in Europe, the best midfielder in Europe and the best player in the Premier League after the first three months of the 2014–15 season by the website Oulala Fantasy Football.

Jedinak was also named the 2013-14 Australian Footballer of the Year.

As of 2016 Jedinak has over 150 appearances for Crystal Palace and is one of the most celebrated players in the club’s history.

Mile Jedinak is without question one of Australia’s greatest ever footballing exports, who we might add, helped us win a stack of money at Australian bookmakers over the years. 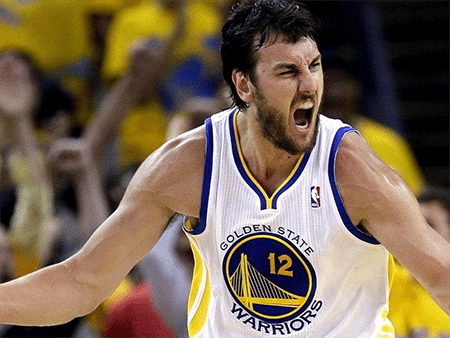 After being drafted to the Milwaukee Bucks with the number one pick in the draft, Melbournian Andrew Bogut’s career has been plagued by injury.

The 7-foot centre spent seven years at the Bucks, winning numerous accolades along the way, but after spending large chunks of time off the court in Milwaukee, the Bucks decided to trade Bogut in 2012 to the Golden State Warriors.

The big question was whether or not Bogut could shake off the injury concerns that limited his playing time throughout his career to be a real asset to his new team?

The answer was yes.

In 2015 the Golden State Warriors won the franchise’s fourth NBA title in their history and their first in 40 years, with Bogut being a large part of their regular season success.

Andrew Bogut remains one of the best defensive players in the league and has the opportunity to create history with the Golden State Warriors – who could potentially win back-to-back titles in 2016. 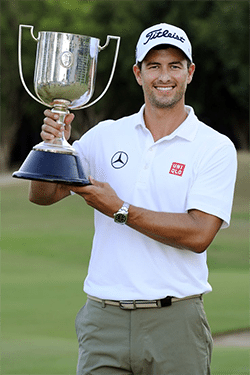 Since 2013 it has been said that Australia entered the ‘golden era’ of golf, but from an individualistic standpoint, few of his compatriots match the record of Adam Scott.

Scott has won 36 tour wins across his sparkling career, but his true moment in the sun came at Augusta in 2013, where the Queensland native won his first ever major title, taking out the US Masters.

Less than a year later Scott sat atop the golfing mountain as the number one ranked player in the world – only the second Australian in golf history to do so after Greg Norman held the position back in 1998.

Scott has maintained a high level of performance throughout the years due to his professionalism, which is evidenced by the back-to-back tour wins to start 2016 – a feat which moved him back inside the world top 10.

Adam Scott personifies the Australian athlete – tough, determined and humble; with the skill to back it up.

If he isn’t already, Scott has the potential to be considered our country’s greatest ever golfer. 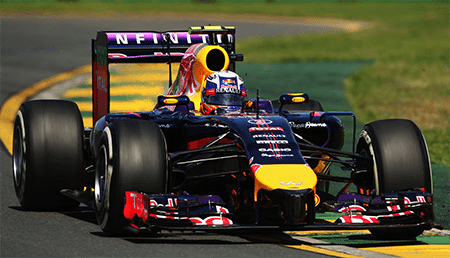 Debuting back in 2011 as a 21 year old, Ricciardo captured the imagination of the Australian sporting public with his cheeky smile, lovable demeanour and passion for success.

It was no shock to see him replace compatriot Mark Webber as Red Bull’s number one man in 2014, and since then the Perth native has excelled.

2014 was the year Ricciardo truly broke through on the world stage, winning his first ever race en route to a spectacular third placed finish in the drivers’ championship.

If Red Bull are able to create a vehicle that can compete with the might of Mercedes there is every chance that Daniel Ricciardo will become just the third ever Australian to win the formula one drivers’ championship.

If he is able to it will be without question one of the most popular wins in Australian motorsport history.