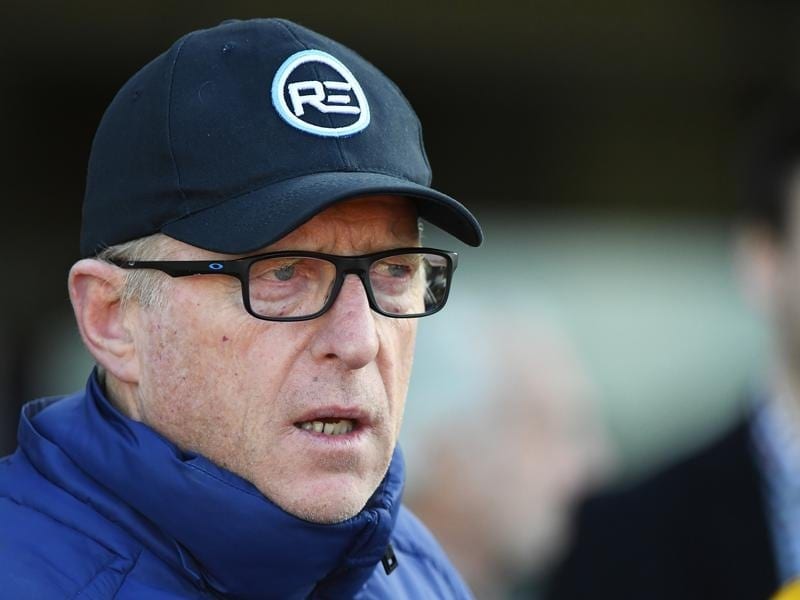 Melbourne trainer Mick Price has been forced to send Miss Admiration to Sydney to give the mare her best chance to make the Caulfield Cup field.

The MRC Foundation Cup at Caulfield on Saturday was Price’s first choice of race before he lodged a late nomination for the JRA Trophy (2400m) at Rosehill.

The winner of the Caulfield race gets a ballot exemption into the Caulfield Cup, but with Miss Admiration the fourth emergency her trainer changed tack.

He said Miss Admiration may then stay in Sydney for the Group One Metropolitan Handicap at Randwick on September 29.

Miss Admiration has won one of her 15 starts, a Ballarat 2000m maiden, but was placed twice at Group One level last autumn.

She finished third to Unforgotten and Hiyaam in the ATC Australian Oaks at Randwick before again running third to Sopressa and Sheezdashing in the Australasian Oaks at Morphettville.

“I’m sending her to Sydney because I can’t take a punt on her not getting a run as she needs to race,” Price said.

“I think she’ll improve a lot from the run which will be run number three for the preparation as she’ll be underdone, but hopefully they’ll crawl around and work home.

“I had her ready for 2000 metres, not the 2400, but then she can probably stay there for the Metropolitan.”

Miss Admiration has had two runs back from a break, finishing third to Plein Ciel over 1600m on August 18 before a closing fifth behind Call Me Handsome in the Heatherlie Handicap on September 1.