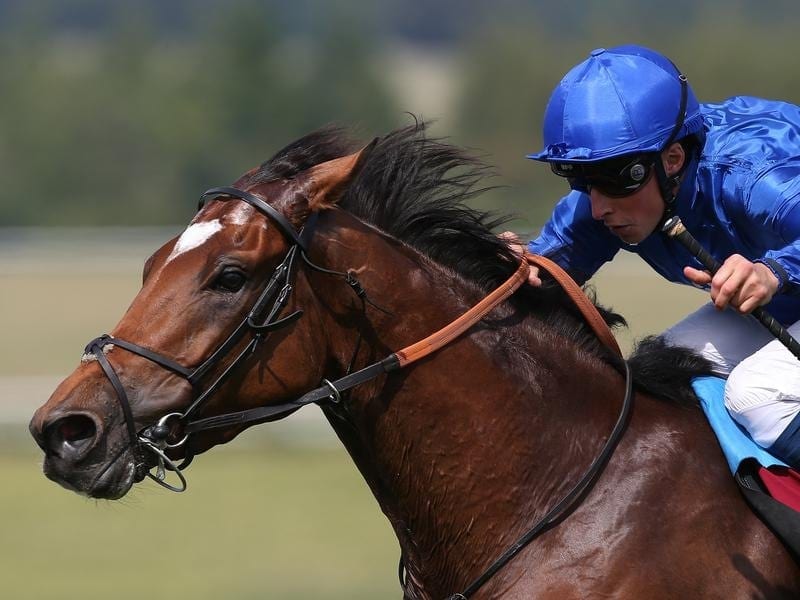 Trainer Charlie Appleby believes Cross Counter is the right horse to give Godolphin a Melbourne Cup.

In a year in which he has ticked off the Epsom Derby with Masar, UK-based trainer Charlie Appleby is striving to claim a Melbourne Cup for Godolphin.

Appleby arrived in Melbourne on Friday morning to watch Jungle Cat and Folkswood run in feature races at Caulfield on Saturday.

The two are the first of Appleby’s team for this year’s Melbourne spring carnival to step out, with Blair House also in Victoria to run in Sunday week’s Underwood Stakes.

Appleby has four other horses in quarantine in England preparing to head to Australia including his Melbourne Cup contenders Cross Counter and Hamada.

Emotionless, who is set for the Caulfield Cup, also holds a Melbourne Cup nomination.

Appleby has been a trainer for Godolphin since 2013 and has had winners in the Melbourne spring for the past two years and also has a Sydney Cup in the autumn with Polarisation in 2017.

Sheikh Mohammed’s Godolphin operation has tried many times over the years to win the Melbourne Cup without success.

“When I was fortunate enough to take the licence over five years ago now, the two races that would have been high on the agenda first and foremost was obviously the Epsom Derby, and the Melbourne Cup,” Appleby said.

“We’ve tried many times and run some close races there (Cup) but haven’t put it in the back of the net yet.

“It would be a huge achievement and something that we’re all striving to try and succeed.”

Cross Counter, a northern hemisphere three-year-old, was second in the Group Two Great Voltigeur Stakes (2385m) at York last month and he and last-start Group Three Geoffrey Freer winner Hamada are both high up in Cup markets.

“Cross Counter is a horse that’s got us excited about bringing him over here,” Appleby said.

“I was delighted with his last start.

“And I feel he’s got the right credentials to come down here. He’s got some experience under his belt now and also he’s going to bring a good level of form here.

“Obviously that three-year-old weight allowance is very attractive and if he ships down well and settles into the surroundings and the dynamics here then I think he’s a real live player.”

While Cross Counter is 24th in the ballot, Hamada is 45th.

Appleby will not start Hamada before the Cup and is taking his chances he will get into the field.

“Hamada was on the radar before Cross Counter,” he said.

“I don’t want to get too carried away but I feel they’re two proper horses coming down here with a great profile going into the race.”

Emotionless’ Caulfield Cup run is likely to decide whether he steps up in distance for a possible Cup start or drops back to 2000m.