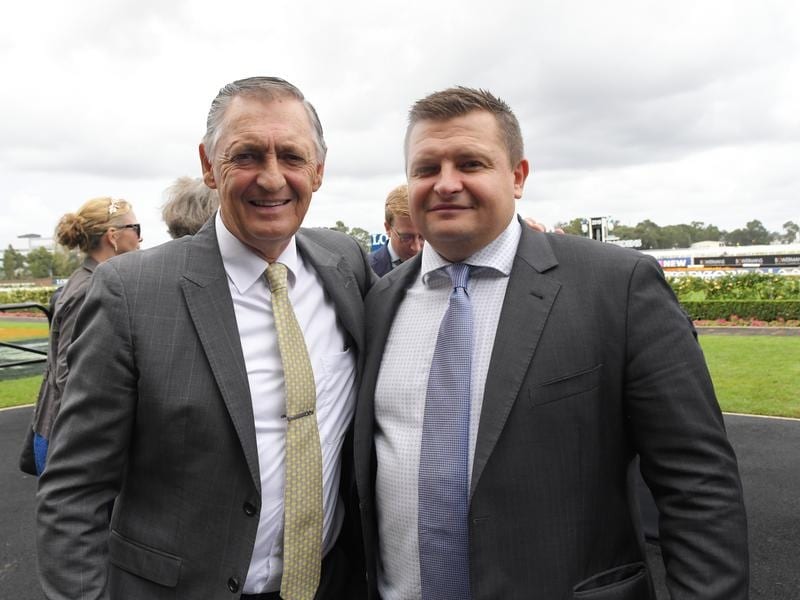 In a day of mixed fortunes for trainers Peter and Paul Snowden and Triple Crown Syndications, Military Zone has claimed the honours in the Hawkesbury Guineas shortly before star sprinter Redzel was downed in Brisbane.

Military Zone’s Group Three win cemented his trip north for the Queensland winter carnival but Redzel’s second to I Am Excited in the Group Two Victory Stakes at Eagle Farm was his fourth run this campaign and fourth defeat.

Like many of his opposition, Military Zone ($5.50) was having his first attempt at 1400m and was settled midfield by James McDonald with Kylease ($2.60 fav) taking up the running.

When the leader began to struggle, the challengers came with Military Zone hitting the front with Trope ($3.80) looming ominously on his outside.

To his credit, Military Zone knuckled down and held off Trope by a head with Quackerjack ($9.50) best of the rest another two lengths away.

Kylease was overwhelmed and finished last of the nine runners.

“I felt Trope was going to get me but this horse never stops trying,” McDonald said.

Peter Snowden praised McDonald’s ride and said the win had set Military Zone up for the Brisbane carnival.

“He had a gun run. It was the difference between winning and losing – James’ ride,” he said.

“We had a soft run and so did Trope but to his credit our horse dug deep.

“He is a Brisbane type of horse and this is a good stepping stone. I thought if he was competitive here it would be a good pointer to Brisbane.

“He used to over-race but he is a lot more relaxed now and there are plenty of races for him.”

Trope’s jockey Christian Reith said he thought he was going to win but lost no respect by coming second.

“He just took forever to wind up,” Reith said.

“I thought I had them covered but he took too long to hit his top. He is a lovely horse.”