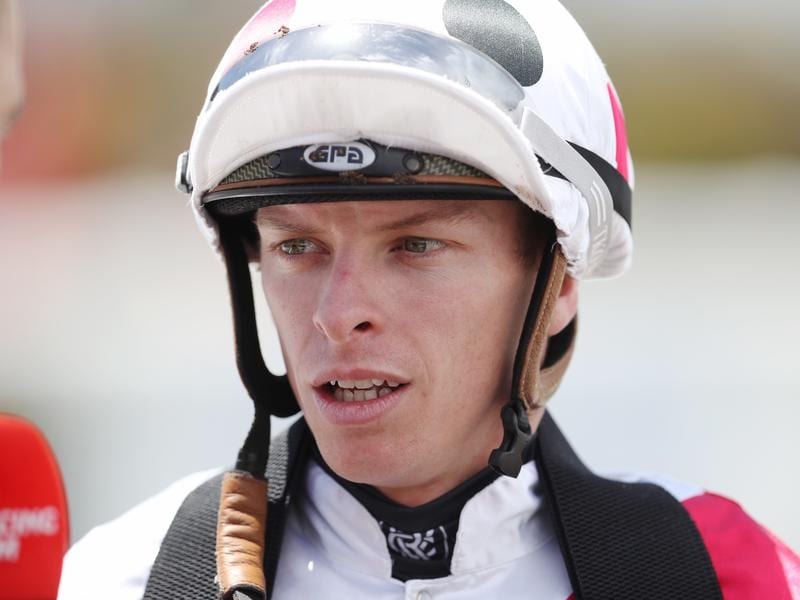 Michael Dee has ridden Prise De Fer to a Group Two success in the Rich Hill Mile at Ellerslie.

Melbourne-based New Zealander Michael Dee has made sure another ex-pat kiwi, James McDonald, has not taken all the limelight at the Ellerslie carnival.

After racing three-wide with cover, Prise De Fer strode clear in the straight to put two lengths on Yearn.

“I’m really pleased for him as he’s done a great job to win four on the hop,” Richards told NZ Racing Desk.

“The team at home have done a wonderful job with him and I thought Mick Dee gave him every possible chance, ten out of ten.

“He’s got that lovely big, long, loping stride and looks like he is only going half pace but he quickened well and put a hole in a decent field there.

“He’s got a bright future and will only continue to get better.”

Richards said the relationship between Te Akau and Dee went back a long way.

“There is a lot of history there as he was apprenticed at Te Akau before even I was there,” he said.

“He’s good mates with Dan Miller, who has been an important man to Te Akau as well, so it’s great to have Mick in the team.”

Dee was lavish in his praise for Prise De Fer who was a $100,000 yearling by Te Akau Racing boss, David Ellis.

“I ended up in a nice enough spot from the wide alley,” Dee said.

“I was just travelling so well I had to pop out earlier than I wanted too but he was just too good in the end.

“The further the better for him as he was running through the line after being in front a long way out.”