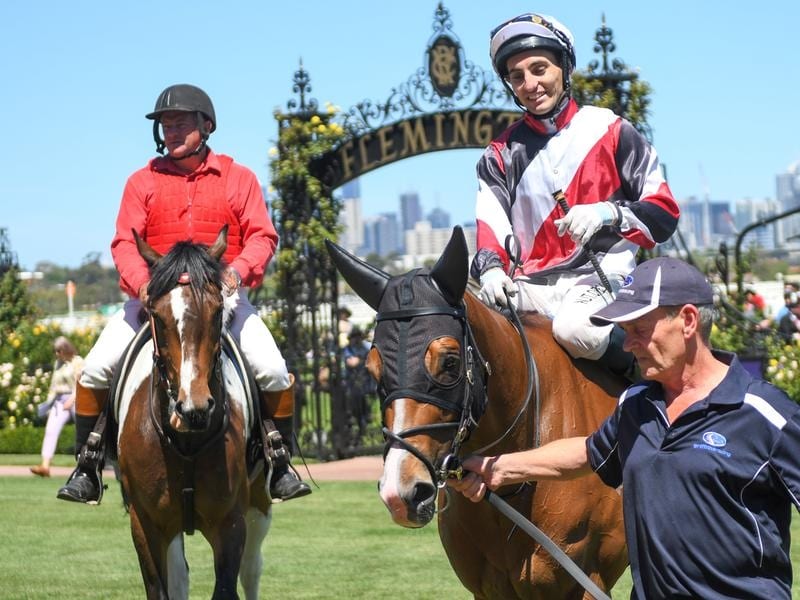 In-form sprinter Halvorsen has broken through at stakes level in winning the Standish Handicap.

The four-year-old Robbie Griffiths-trained gelding’s 1-1/4-length victory in Wednesday’s 1200m feature was his third-straight success at Flemington, having won during the Melbourne Cup carnival over 1100m in November and again on December 14.

The Standish had been the summer target for Halvorsen who was re-united with his now Queensland-based jockey Andrew Mallyon on Wednesday after he had to miss the gelding’s most recent start.

“I was a bit flat I wasn’t able to ride him the other day because I had commitments in Queensland that I wasn’t able to get off but I’m really thankful to be able to maintain the ride and obviously he’s a progressive sprinter,” Mallyon said.

“We still haven’t reached the bottom of him.

“We’ve still got some little quirks to iron out so the best is yet to come with him which is exciting.”

The eight-horse field split into two divisions on the straight course, with Halvorsen ($3.30) one of three runners coming down the rail side.

After getting cover he accelerated at the business end to defeat $3 favourite Bold Star, who raced down the outside section, with Superhard ($10) another three-quarters of a length away third.

Griffiths had to undergo surgery on a brain aneurysm in August and Halvorsen’s win during Melbourne Cup week coincided with his first day back at trackwork.

Then Halvorsen’s December 14 win was on the day Griffiths made his return to the races.

The Standish victory gave the stable a stakes win to start 2020 but Griffiths was not on track at Flemington because he was in Queensland inspecting yearlings ahead of the upcoming Magic Millions sale.

Halvorsen’s part-owner Don Healy, a long-time stable representative for Griffiths, was delighted with the victory.

“We bred this horse, Robbie and I and the other part-owners,” Healy said.

“We raced the mother, Flourishing, and we raced the grand-dam. So it’s really good.

“It’s good when you see a Group Three win and it’s a credit to everybody.

“He’s pretty good. He likes the straight and I think that’s a real advantage.”

Healy said the Listed Kensington Stakes at Flemington in 10 days was an option for Halvorsen’s next start.

Longer term, the Group One Goodwood in Adelaide is an aim.