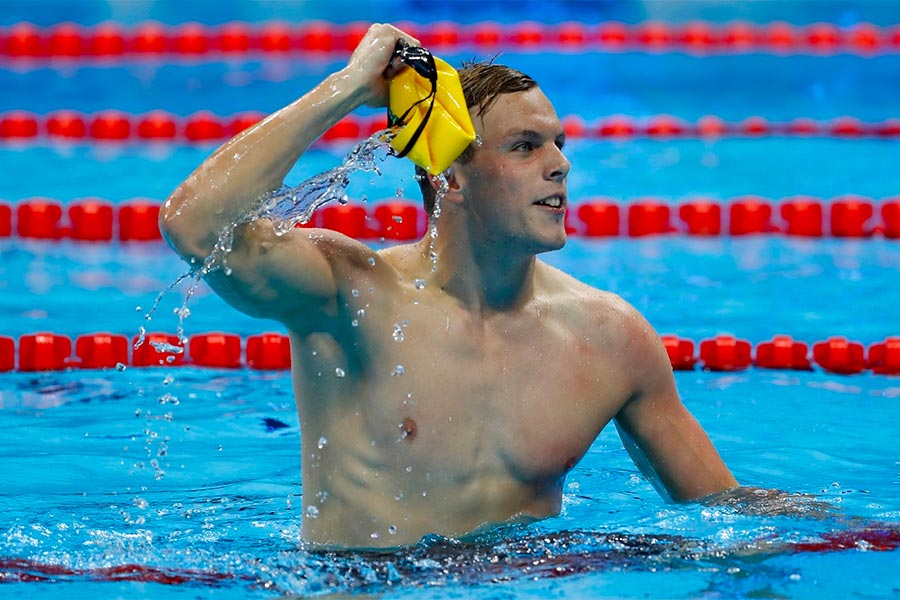 BettingSite brings you the best bets and value picks for the five medal events in the swimming on Day 6 of the 2020 Tokyo Olympics: Men’s 800m Freestyle, Men’s 200m Breaststroke, Women’s 200m Butterfly, Men’s 100m Freestyle, Women’s 4x200m Freestyle Relay. The Aussies have already had some highlights in the pool, and they look well-placed to add at least one more gold medal to the tally on Thursday. The first race of the morning session will be the 800m Freestyle Final at 11:30am AEST.

The 18-year-old Ayoub Hafnaoui tasted success on Day 1 of the 2020 Olympic Games when taking out the Men’s 400m Freestyle Final out in lane eight. The Tunisian put in his best work in the last lap, getting up to defeat Australia’s Jack McLoughlin and the USA’s Kieran Smith in a time of 3:43.46. If he can swim a good time in the heats and semi final to put himself in a good lane come Thursday morning, Hafnaoui should be right in the finish again. For those happy to take the short odds if you’re playing, the $1.61 available for Hafnaoui to win a medal in this event appeals strongly.

Ayoub Hafnaoui to win a medal

Anton Chupkov comes into the Men’s 200m Breaststroke Final off the back of some very good form, including wins in this event at World Championships in both 2017 and 2019 as well as European Championship victories in 2018 and 2020. While the member of the ROC could only manage bronze in the 2016 Olympics, he has gone from strength to strength since and looks primed for his main event. Chupkov has swum already in these Games, but he failed to qualify for the 100m Breaststroke Final on Sunday morning. Fear not, punters, for he is a much better swimmer in this event, and we expect him to bounce back on Thursday.

Zhang Yufei nearly won her maiden Olympic gold medal on Monday morning, going down by five one-hundredths of a second to Canada’s Maggie MacNeil in the Women’s 100m Butterfly Final. The 23-year-old Chinese competitor won gold in this event in the 2018 Asian Games at Jakarta when beating Suzuka Hasegawa, who will likely race her again in the final on Thursday. Swimming a very solid 2:06.61 in 2018 for this event, Yufei looks ready to fire as she looks to make amends for a sixth-place finish in this event at the Rio Games in 2016.

The even money about Australia’s Kyle Chalmers is probably the best bet of the entire week after his scintillating final leg of the Men’s 4x100m Freestyle Relay Final on Monday morning. The 23-year-old is the current Olympic champion in this event after winning gold at Rio 2016, while he also added to his race record with a win at the Pan Pacific Championships in Tokyo in 2018. While Australia only managed bronze in the 4x100m relay on Monday, Chalmers’ exceptional 46.44s split for the final 100m puts him right in the finish, especially given it was .76s quicker than his main rival, America’s Caeleb Dressel.

While we won’t be betting in this race at the $1.20, we will certainly be carrying on like Dean Boxall did when Ariarne Titmus won gold in the Women’s 400m Freestyle Final on Monday morning should Australia live up to their favouritism. The Aussie girls won the World Championships in 2019 in this event and come into this off the back of winning the Women’s 4x100m Freestyle Relay Final on Day 1 with a team made up of Emma McKeon, Cate Campbell, Bronte Campbell and Meg Harris. Ariarne Titmus and Madi Wilson are likely to join McKeon in this event after they contest the Women’s 200m Freestyle Final on Wednesday morning, while Brianna Throssell is expected to take the last spot on the roster.