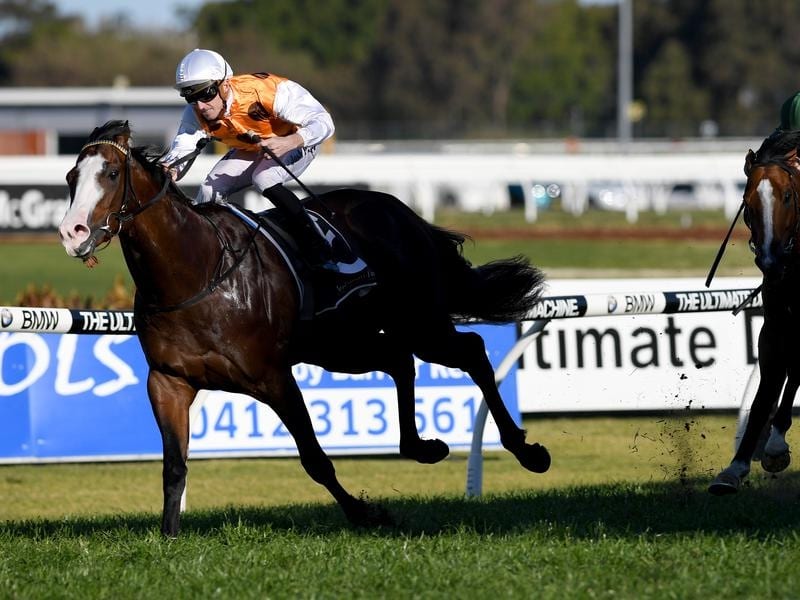 Group winner Menari will continue his comeback to racing with an exhibition gallop at Warwick Farm.

The best horse Gerald Ryan will take to a racetrack this week will not be competing but the trainer is more than keen to see Menari have a testing gallop.

Menari’s stud career has been put on hold after he managed to get only 20 of 70 mares in foal in his first season and he has been back in work preparing for a return to racing.

He will have an 800m gallop under James Innes Jr after the first race at Warwick Farm on Wednesday with no set plans for a return.

“He’s terrific and has worked really well, and his attitude is good” Ryan said.

“We’ll see how he goes. If he does race this preparation it will be in the At Sea Handicap at Randwick on the 25th of May and we’ll take it from there.”

The winner of three of eight starts including the Group Two Run To The Rose, Menari has not raced since the 2017 Golden Rose in which he finished third behind stablemate Trapeze Artist and Champagne Cuddles.

He was one the leading contenders for last year’s Everest but injured a suspensory and was sent to stud before the race.

“He has been scanned and the leg looks really good,” Ryan said.

The trainer will take a team to Randwick on Saturday including striking grey Albumin and impeccably bred Star Of Monsoon.

They are both entered for benchmark 88 races over 1400 and 1250 metres and the trainer will decide which path they take.

“I’m not sure yet which way they will go but I wouldn’t run them against each other,” Ryan said.

Albumin last raced on April 6 when he finished a fair sixth over 1200m at Caulfield while Star Of Monsoon finished fourth at his most recent outing on April 10 over 1200m at Gosford.

Star Of Monsoon is by Lonhro out of Monsoon Wedding, a sister to Redoute’s Choice from the grand broodmare Shantha’s Choice.

Most of the family has been raced by Muzaffar Yaseen’s Teeley Assets as is Star Of Monsoon who has won three races from 26 starts and racked up 16 minor placings.

Ryan is likely to rely on Covert Ops in Saturday’s two-year-old race with Ziedrich to head to Wyong on Thursday for his debut.

Covert Ops has had two starts for a second on debut while Ziedrich beat last week’s Randwick winner Reloaded in a recent barrier trial.