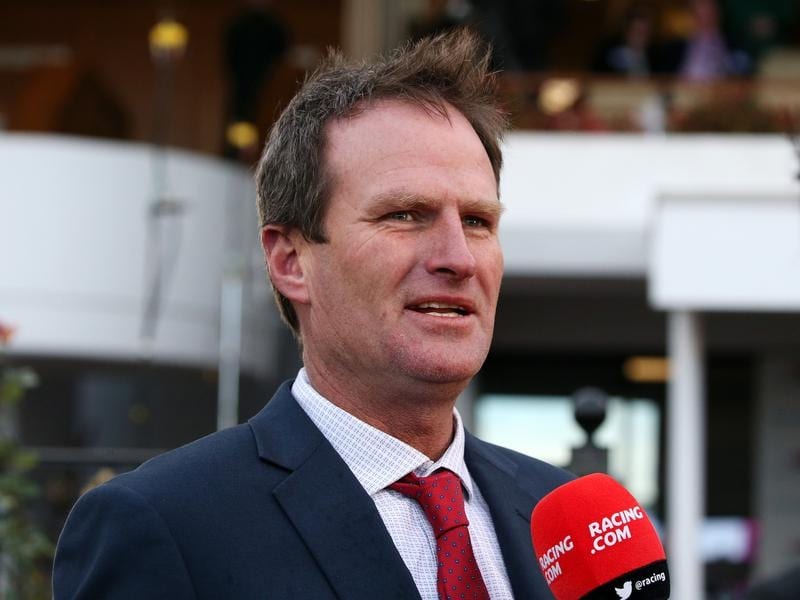 Adelaide Cup winner Surprise Baby is set to run at Flemington as a prelude to an attempt at a ballot exemption for the Melbourne Cup.

The Andrew Ramsden has been shortened from 3200m and is restricted to three, four and five-year-olds with the winner gaining a start in this year’s Melbourne Cup.

Four-year-old Surprise Baby won the Adelaide Cup at his sixth start and has not raced since that 3200m-victory on March 11.

Trainer Paul Preusker said the four-year-old had been kept in low-grade work since and was ready to run on Saturday.

He said Surprise Baby lived in a paddock and did road work while basically enjoying himself for a month before knuckling down to improve his fitness.

“He’s not fully wound up for this but I’m happy enough and he’s not going to hurt himself fitness-wise and he’ll come out the other side a bit better,” Preusker said.

“The race in three weeks time, that’s the goal. We’re after the free ticket.

“Fitness-wise and his fighting weight, they’re all lining up again.”

Surprise Baby has been burdened with 60kg on Saturday courtesy of his Adelaide Cup win after jumping from a rating of 72 to 100.

Preusker said he probably would have liked a harsher rise in the ratings.

“It’s a shame they didn’t give him a couple more points because then I wouldn’t have to be going around,” Preusker said.

“It would have been nice to give him a break but he’s probably a horse that is better off being in work anyway.”

Surprise Baby is one of 27 nominations in Saturday’s race which include Bondeiger, in-form jumper Killarney Kid and Steel Prince who will be aiming for a fourth straight win for Anthony Freedman.

Preusker also intends to start Indian Thunder in a benchmark 84 handicap over 1200m and Bling Dynasty in an 1800m handicap on Saturday.

“They’re both going well and look ready for that next step,” Preusker said.