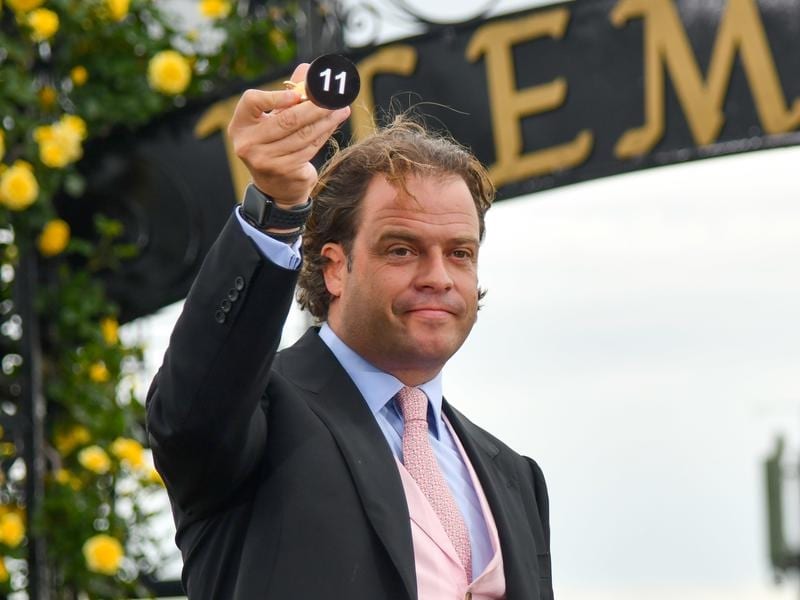 Tom Magnier says the Melbourne Cup remains high on the list of must-win races for Coolmore.

Coolmore Australia boss Tom Magnier says the Melbourne Cup is high on the agenda for the Irish outfit, but whether they will be players during the spring remains to be seen.

Magnier says the Coolmore team in Ireland is planning to have a strong presence in Melbourne during the spring with an emphasis on the Melbourne Cup.

In previous forays to Melbourne, trainer Aidan O’Brien has dispatched trusty lieutenant CJ Comerford to oversee the preparations of the team, but with border closures in Australia because of COVID-19 that may not be possible this year.

“We’ll work with whatever we’re told we can do,” Magnier told RSN927.

“We have a very good team at Ballydoyle and Coolmore would love to bring all the staff out.

“Logistically we’re not sure what’s going on at the moment.

“If we can get the people, the horses and the jockeys out here we will, but it’s a bit of an unknown at this stage.

“We’ve never won a Melbourne Cup and we’re keen to get one of those obviously.

“We’ll talk to Aidan and try and get the best team possible to come down here and all being well we would like to bring down a big team this year.

“If we get the green light to go, we’ll be big supporters of the spring carnival.”

Coolmore are big supporters of the racing industry in Australia and Magnier forked out $4.2 million on Monday to purchase multiple Group One-winning mare Sunlight.

Magnier fought off buyers from around the globe to secure the mare who will be mated with US Triple Crown winner Justify.

“She’s very good looking, she was unbelievable on the track and not only did she beat her own age, she beat the boys as well,” Magnier said.

“We have a very special stallion in Justify, a Triple Crown winner in America, and we were trying to go out and get the best mares in both the northern hemisphere and the southern hemisphere to go to him.

“She’s a household name and they’re the types of horses we have been trying to buy in recent years.”

Champagne Cuddles and Invincibella were two other expensive purchases by Magnier on Monday and they will also go to Justify.