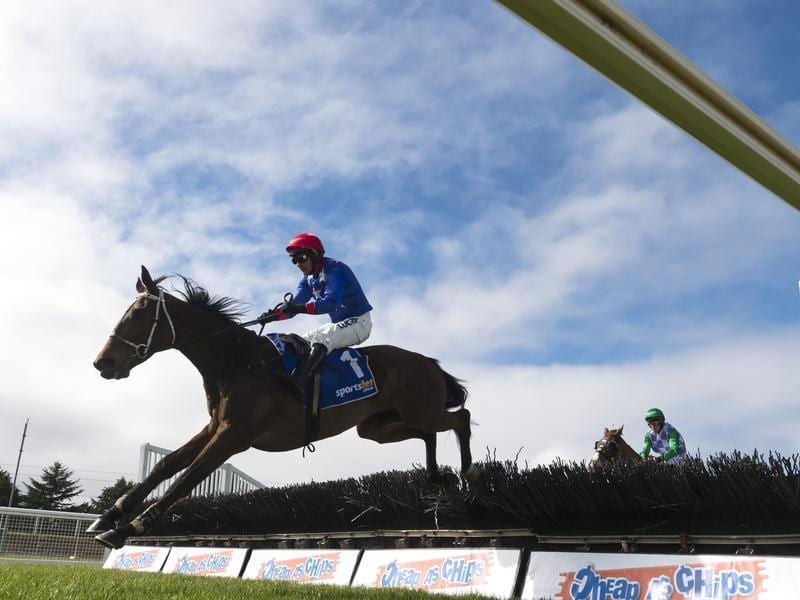 Firefree will be aimed at the Jericho Cup on the Flat after his hurdle win at Ballarat.

Trainer Cliff Murray has a long-range flat ambition for Firefree after the gelding ended the jumping season with a strong staying performance at Ballarat.

“We’re looking at the Jericho Cup if we can get a run and then next year we’ll work through our steeplechase races and see how we go,” Murray said.

Backing up from success on the flat over 2400m at Moe on Thursday, Firefree gave Tom Ryan a trouble-free passage before running out a 3-1/4 length winner.

A duffer on the flat before switching to jumps racing, Firefree registered his fifth win from 52 starts on Sunday, including three from his past five starts.

“This horse has come on in leaps and bounds and he’s the toughest horse I’ve ever seen,” Murray said.

“He was a very slow horse on the flat starting out but showed he was always going to stay.

“We started jumping him and he started getting the hang of things and then we started riding him forward.

“That has resulted in his form turning around.”

Murray said Firefree had been jumping logs on bush trails for as long as he can remember and said the gelding would relish the switch to the bigger jumps next season.

“We wanted to finish the year off like this, give him a break, and then give him a few flat runs over Christmas to then set him up for our steeplechases next year,” Murray said.

Murray has a team of six horses with Firefree his only jumper although he said Alienated, a dual city-winning stayer, could join Firefree on the jumps circuit next year.