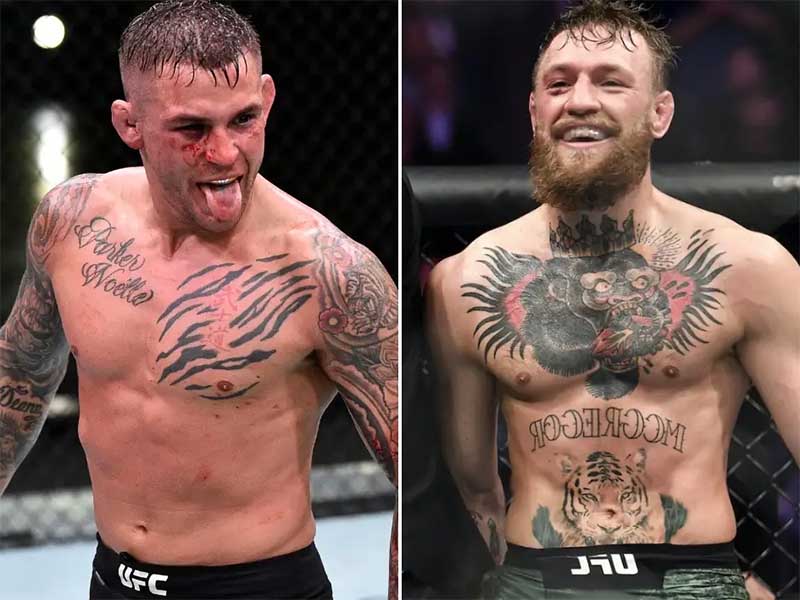 While there are plenty of big stars in the Ultimate Fighting Championships (UFC), none draw a crowd and create excitement quite like Conor McGregor. McGregor returns to the octagon this Saturday on Fight Island to face Dustin Poirier in the main event of UFC 257, with the No. 1 contender spot for the UFC Lightweight Championship on the line. Here are our free picks and best bets for the McGregor v Poirier matchup.

Conor McGregor (22-4-0) will be fighting for just the third time since 2016 this Saturday. McGregor’s first fight back with the promotion after his mega-fight against Floyd Mayweather was a submission loss to Khabib Nurmagomedov at UFC 229 back in October of 2018. The 32-year-old superstar made his return last January with an impressive 40-second knockout win over Donald Cerrone at UFC 246. Now, he hopes to prove that he is still at the top of his game with a win against much tougher competition in Dustin Poirier.

Poirier (26-6-0) has only lost one fight since 2016 and owns a 6-1 record over that stretch including impressive wins over Justin Gaethje, Eddie Alvarez, Max Holloway and Dan Hooker. The one loss came in a title fight against Khabib Nurmagomedov at UFC 242 in September of 2019. A win over McGregor would solidify Dustin Poirier’s spot as the clear top contender for the UFC Lightweight Championship.

These two fighters last met in 2014 at UFC 178. McGregor won that fight with a first-round knockout in under two minutes. Both fighters have improved a lot since then, but will the result be different? Bettors don’t seem to think so; since opening as a -180 betting favorite, heavy action on McGregor has driven this line all the way up to -315.

Dustin Poirier is a well-rounded fighter and an excellent boxer that could pull off the upset here if he can weather the early storm and take advantage of a tired McGregor in the later rounds. In fact, at this price, he may even be the right pick from a betting value perspective. But it’s just too difficult to go against McGregor here. Conor McGregor is an unbelievably powerful and versatile striker that always seems to find the knockout. While a submission specialist like Nurmagomedov was a disastrous matchup for him, a fighter like Poirier who will trade blows with him works right into McGregor’s wheelhouse.