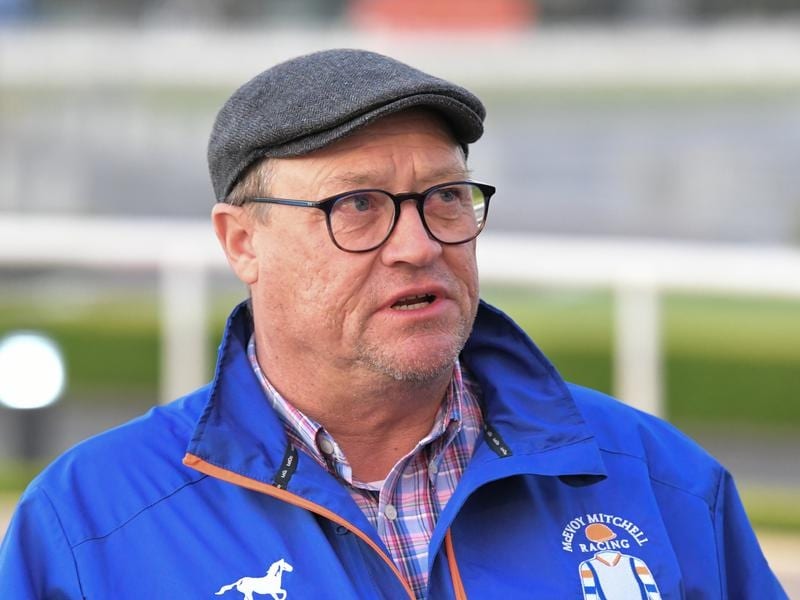 Multiple Group One-winning trainer Tony McEvoy believes Queensland authorities should consider chartering planes to get southern horses to their carnivals after his Magic Millions preparations were thrown into disarray this week.

McEvoy had planned to run four horses at Doomben and Eagle Farm on Friday/Saturday but has been unable to get them to Queensland.

The horses, two-year-olds Zeppa, Lopez and Who Runs The World and four-year-old Decapito are all being aimed at Magic Millions races in January.

“Let’s just say I am not very happy. I have had two planes cancelled on me this week,” McEvoy said.

“It looks like the next plane I can get is on December 17 which is obviously too late for this week.”

“Perth has set the way by chartering planes and getting horses to their carnival. I don’t want a free ride and I will happily pay my way,” McEvoy said.

“But if they want our horses up there it might be an idea to help get them there. The authorities could get an idea of how many are wanting to go and then charter a plane with us paying for the service.”

McEvoy, who trains with his son Calvin, said float trips from Melbourne and South Australia were too long, particularly in a hot Australian summer.

He has been a regular visitor to Queensland in recent years and won the 2018 Magic Millions 2YO Classic with Sunlight.