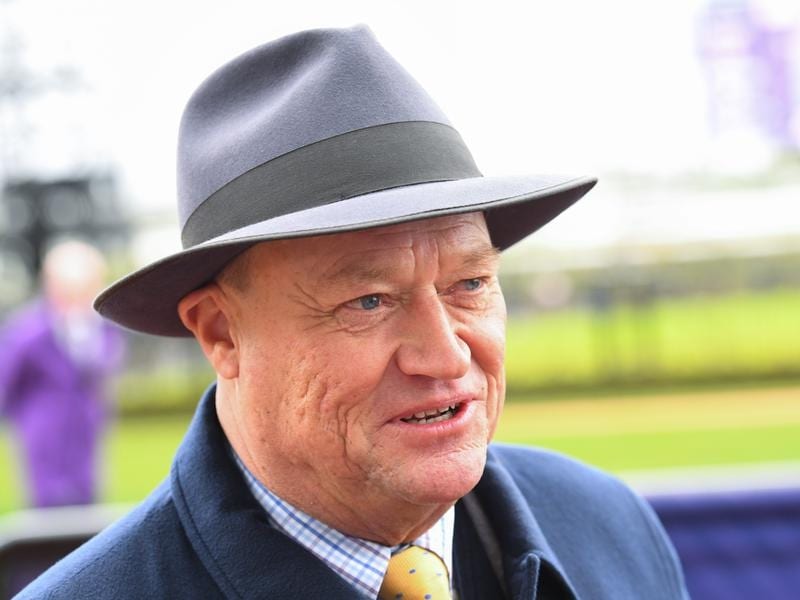 Trainer Tony McEvoy will have Despatch and Oohood in the Group One Memsie Stakes at Caulfield.

Tony McEvoy is methodical in the preparation of his horses heading towards feature races.

So it was with surprise that Despatch, who runs in Saturday’s Group One Memsie Stakes at Caulfield, got under the trainer’s guard at his first-up run in Adelaide.

Despatch finished fourth in the Group Three Spring Stakes at Morphettville on August 17, his first start since running 13th in the Stradbroke Handicap at Eagle Farm in June.

“He blew out first-up,” McEvoy said.

“I misjudged him even though he hadn’t gone out of work from Queensland. I’d freshened him and he just did a bit too well on me.

“But his work on Wednesday, in a set of blinkers, was Group work and he’s very close to getting back to his best.”

Saturday’s outing will be Despatch’s second at 1400m after the Stradbroke performance failed to tell McEvoy whether the five-year-old can run the distance.

McEvoy said if he does not run it strongly on Saturday, Despatch will be freshened for the Moir Stakes at Moonee Valley.

“But everything about him, his length, his power, his stretch, you’d think 1400 (metres) would be ideal,” McEvoy said.

“When you can lead and win a Goodwood over 1200 metres at Morphettville, a tough track, you need a 1400-metre horse to do that.

“He deserves his chance at 1400 and Saturday will tell us what path we should be taking, whether we go to the Sir Rupert Clarke or whether we freshen.”

Oohood will join Despatch in Saturday’s race after pleasing McEvoy with her seventh placing in the Aurie’s Star Handicap at Flemington on August 10.

McEvoy said the barrier draw that day did not help Oohood’s cause.

“She drew inside and it was clear the outside was where they were all coming,” McEvoy said.

“She never jumps brilliantly from the gates so we took advantage of that and came right across the back of the field to give her the chance to come down the right part of the track.

“She was building really strongly to the line so it was very much a pass mark and she’s come on from it.”