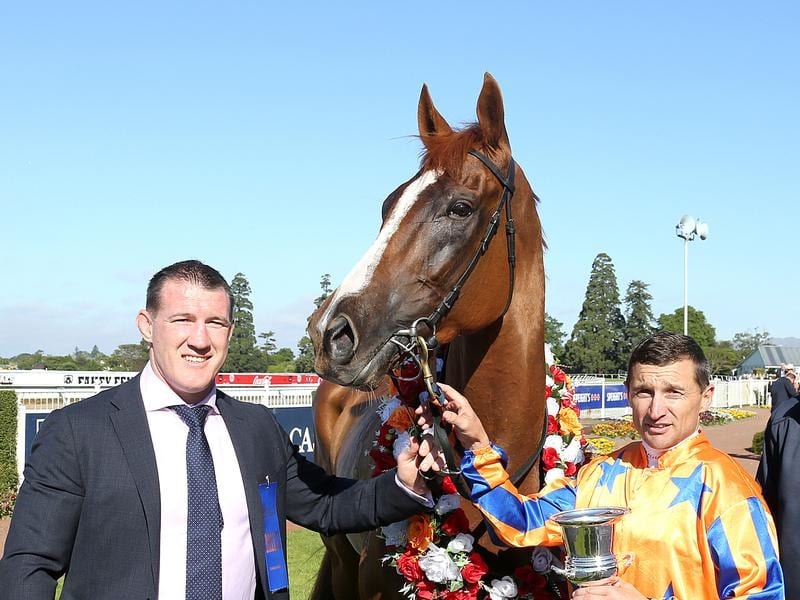 McDonald has retained the mount after riding the dual Group winner at his Australian debut when he finished runner-up to Dreamforce in the Tramway Stakes at Randwick on September 7.

Te Akau Racing announced it had locked in McDonald’s services via a tweet on Friday.

Regular rider Opie Bosson is needed for Melody Belle in New Zealand on the same day and is also unable to ride at the 54.5kg Te Akau Shark will carry.

McDonald was stable rider for Te Akau before he moved from New Zealand to Australia where he is Sydney’s reigning premier jockey.

Part-owned by the Cronulla Sharks’ recently retired skipper Paul Gallen, Te Akau Shark is the $5 early favourite for the Epsom Handicap (1600m) at Randwick on October 5.

His trainer Jamie Richards will have two runners at Randwick on Saturday with filly Probabeel to line up in the Tea Rose Stakes and Avantage in the Bill Ritchie Handicap (1400m).