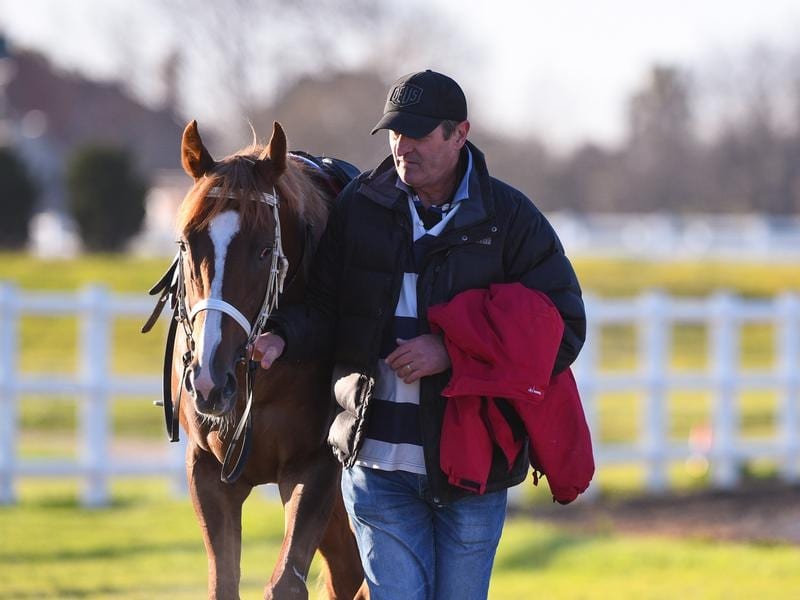 Spring plans for import Django Freeman are over with the horse found to have a knee injury.

German import Django Freeman’s spring carnival is over before it began with the horse suffering a knee injury.

Trainer Robert Hickmott has told Racing Victoria stewards Django Freeman has a bone chip in his near fore knee and will now be spelled, ruling him out of the spring features.

Lightly raced Django Freeman, a northern hemisphere three-year-old, was a Group Three winner in Germany earlier this year and finished second in the Group One German Derby in July at his most recent start.

He arrived in Australia in August and after completing two weeks quarantine at Werribee, went to Hickmott’s Caulfield stable at the end of last month to be prepared for feature spring races.

The horse had a jump-out at Caulfield on Tuesday morning and was scheduled to make his Australian debut in the Group One Turnbull Stakes (2000m) at Flemington on October 5 with a view to heading to either the Cox Plate or the Cups.

He had been high up in early Caulfield Cup markets.