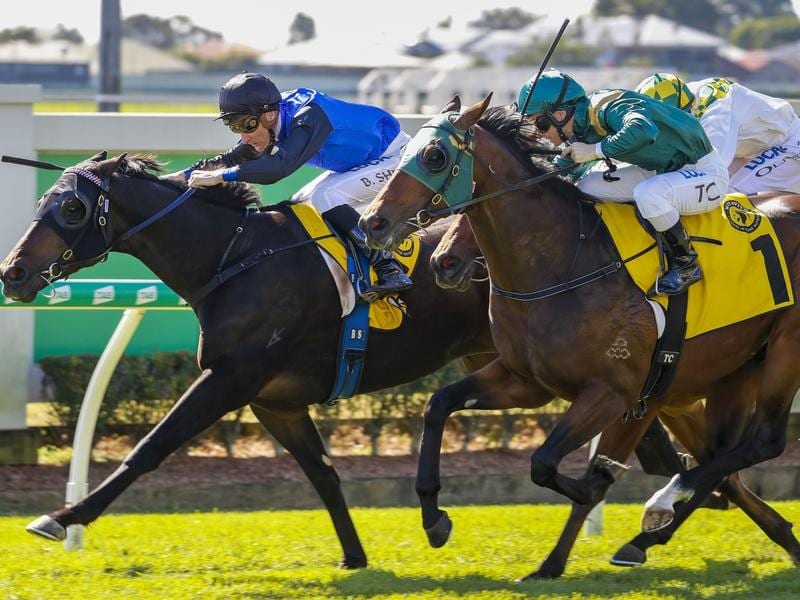 Mark Newnham struggled to think of a better 40 minutes he has had in racing when Diamond Thunder won the Listed Oxlade Stakes.

Diamond Thunder ($5) gave the Sydney trainer the feature Doomben two-year-old double when he steamed home from near last to beat the favourite California Zimbol ($2.30) by a half length.

Newnham had also won the first race at Rosehill with Splintex.

“Three winners in 40 minutes, it is hard to remember a better 40 minutes than that,” Newnham said.

“Blake Shinn rode a great race to win on Shadow Hero for me in the first at Doomben and then that was 11 out of 10 for his ride on Diamond Thunder.”

Newnham said Diamond Thunder would now head for a spell but could be back in Brisbane in the summer.

“He is a Magic Millions horse so there are plenty of races here for him in the summer,” Newnham said.

“And today we saw he wasn’t just a one-act horse. In his previous wins he had led but today he got back in the field. It is handy to know.”

Newnham is looking at a much bigger prize with his first Doomben winner Shadow Hero.

Shadow Hero was 20th in order of entry for the Group One JJ Atkins Plate at Eagle Farm next week but the win should lift him into the field.

“He can head across the road to the JJ Atkins provided we are happy with him in the next few days,” Newnham said