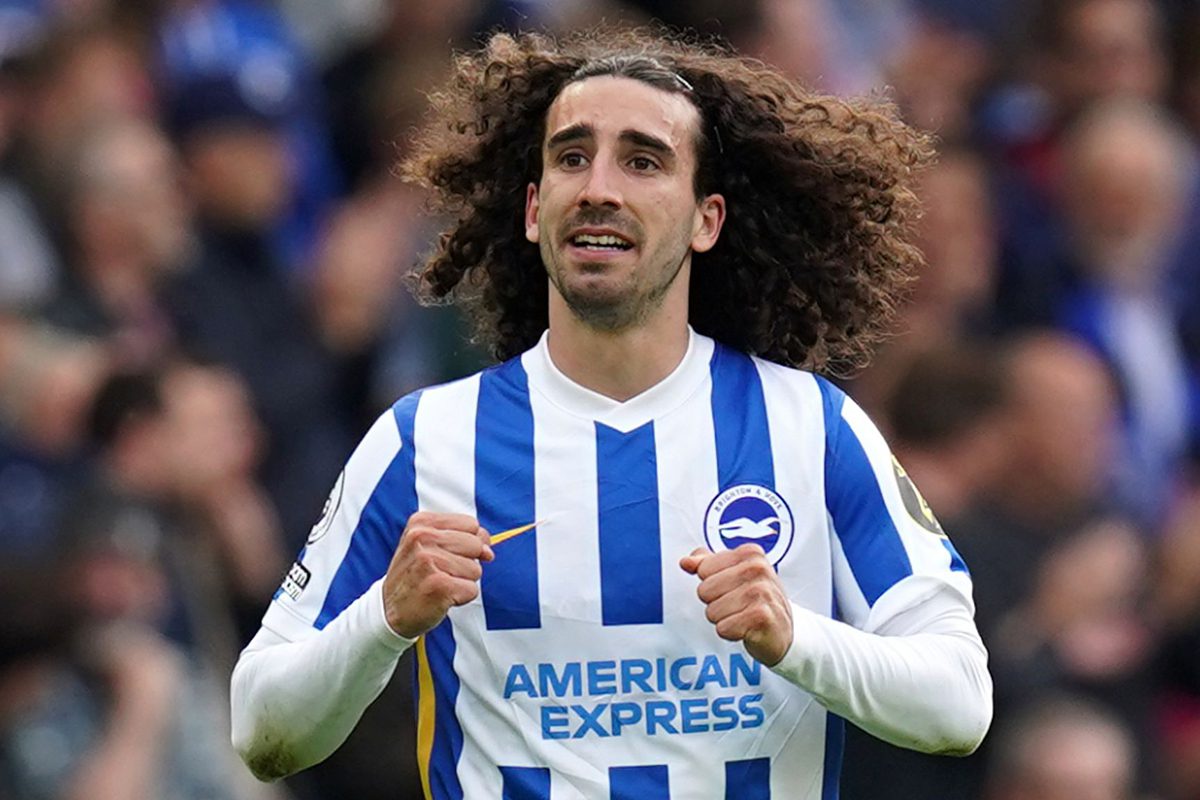 After weeks of rumours and negotiations, Brighton left back Marc Cucurella will finally transfer to Chelsea for a fee of €55m. It will be the highest ever transfer fee for a left back and Cucurella is a much needed reinforcement on the Chelsea back line. For a while, it looked like Cucurella was going to join Manchester City but Chelsea were able to successfully hijack the deal and bring in their guy.

Cucurella is a 24 year old Spanish left back who can play a little more forward than most left backs if need be. He has a lot of talent and was one of the best crossers in the Premier League last year. With Chelsea left back Marcos Alonso looking like he is heading to Barcelona, Cucurella should immediately step into a starting role. He only spent one year at Brighton and it was clear last year he was a step above the rest of the first team.

He only scored one goal and had two assists last year but it was obvious he was ready for a bigger club. He has signed a five year deal with the Blues and it’s expected he will hold down the left flank for a while. Chelsea have rebuilt their defence this transfer window and while it hasn’t gone as swimmingly as they would have wanted, Cucurella was a big coup and he is an important piece to Chelsea’s plans.

It is not yet known if Cucurella will be playing in Chelsea’s season opener against Everton tomorrow. There is still some onboarding that has to take place before Cucurella takes his spot in Chelsea’s starting eleven but it shouldn’t matter much in this fixture. Chelsea are at -153.85 to win the game and while they should win, we wouldn’t recommend betting on it. The first game of the season is notoriously unpredictable and while Chelsea have a better squad, they could be slightly out of sorts considering they haven’t played competitive soccer in a while.

Chelsea are at +1600 to win the Premier League with the top Australian betting sites and while Cucurella will be a key aspect to their success, they won’t compete for the title this year. Liverpool and Manchester City are levels above the rest of the Premier League and while Chelsea will be competing for a top four spot, the title should be a little out of their reach. Regardless, while it won’t happen this year, Chelsea are setting up a strong core for the future and Cucurella projects to be a big part of that.