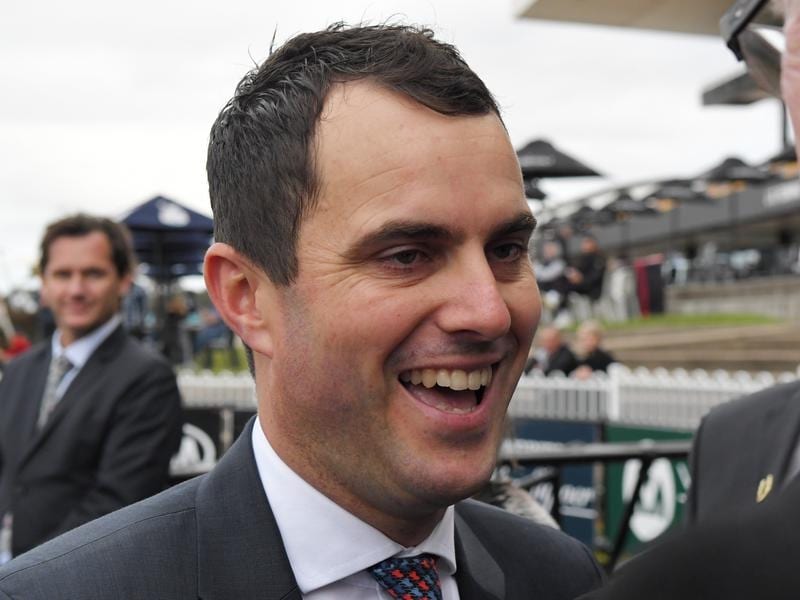 Despite Madison County stretching his brilliance to a Derby trip in Sydney during the autumn, New Zealand trainer Andrew Forsman insists the dual Group One-winning gelding is at his best over shorter distances.

Madison County was second to Angel Of Truth when he was stretched out to 2400m in the Australian Derby at Randwick in April and the four-year-old steps out for his first start since in Saturday’s Group One Sir Rupert Clarke Stakes at Caulfield.

Forsman, who trains in partnership with Murray Baker, believes Madison County has the class and brilliance to produce a big run fresh over the 1400m on Saturday off the back of some pleasing work on the training track since he arrived in Melbourne a few weeks ago.

“He was a pretty impressive winner of the Hawkes Bay Guineas (last October) over 1400 metres against his own age and that’s traditionally a pretty strong form race,” Forsman said.

“It will be different in a handicap against older horses, obviously, but he’s always shown a bit of brilliance.

“I know Australians probably have him pegged as a middle distance, Derby-type but I don’t think he is that.

“He is a dual Group One winner at a mile so that sort of horse should be capable of running a good 1400 metres fresh.”

Madison County has had knee chips removed since his last start.

“He was a little bit scratchy after the Derby and there was just a little bit going on there on X-ray and we decided we had a bit of time to clean that up,” Forsman said.

“It was nothing major but he just had it tidied up more than anything.”

Madison County trialled in New Zealand before heading to Melbourne and pleased his connections in a Flemington jump-out on September 6 with Saturday’s race jockey Damian Lane aboard.

Last season’s Group One NZ 2000 Guineas and Levin Classic winner will carry 57kg and jump from barrier two on Saturday, chasing his first Australian win at the elite level having finished fourth in the Randwick Guineas before his second in the Australian Derby.

“Damian rode him in the jump-out at Flemington and was thrilled. And he’s been pretty happy with his work since.

“I think in particular the last two gallops this week have been very sharp by all accounts.”

The Group One Toorak Handicap (1600m) on October 12 looms as a likely option for Madison County after Saturday while a Cox Plate tilt is also a possibility.