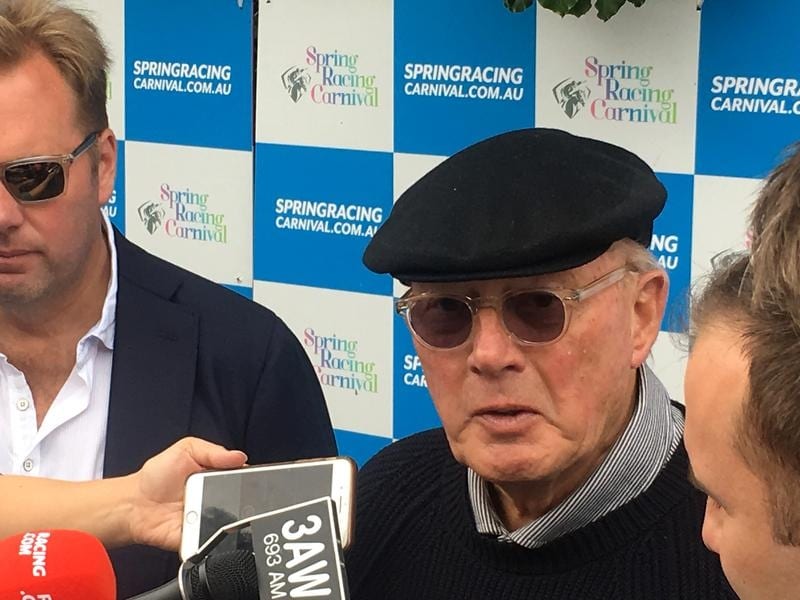 In constantly scouting for a horse to deliver him a seventh Melbourne Cup, Lloyd Williams has got to know the European form inside out.

One of Australia’s most recognisable and successful businessman, Williams has a great passion for the country’s most famous race and will have three runners, Master Of Reality, Latrobe and Twilight Payment in Tuesday’s field.

On the eve of the Melbourne Cup, he has declared this year’s 159th edition “pretty even” but has potted favourite Mer De Glace.

“I don’t really know but you’ve got to have opinions in racing,” Williams told RadioTab.

“I don’t think he can win and he’s going to start favourite.

“He doesn’t look like a proper stayer to me. He looks like a mile-and-a-quarter (2000m) horse on a good, fast track.”

Williams also has reservations about the credentials of second market pick Constantinople who was fourth to Mer De Glace in the Caulfield Cup at his first start for local training partners David and Ben Hayes and Tom Dabernig.

While he believes the horse is talented, he thinks Constantinople might lack the maturity to win this year.

“I think he will be better in 12 months time,” Williams said.

“He’s got a few bad habits but David might have settled him down.

The leviathan owner has also warned punters about the form out of the Irish St Leger.

Six of the international runners, including the Williams-owned trio, used the race as a stepping stone to Melbourne and Williams said it was a muddling run affair.

“At least four horses that I know of in that race were having a run preparing for the Melbourne Cup. I’m not saying they weren’t trying but they weren’t being knocked about,” Williams said.

Of his trio, Williams rates Latrobe and Frankie Dettori’s mount Master Of Reality as genuine winning chances but if they can’t get the job done, he is hoping an Australian-trained horse can, nominating Surprise Baby and Vow And Declare as his picks of the locals.

“If I can’t win I would like to see one of those blokes winning,” Williams said.