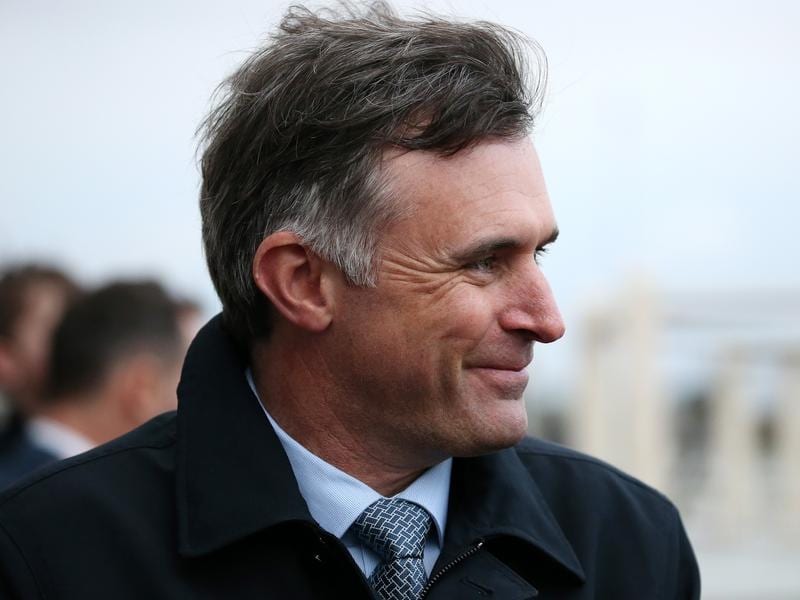 Lindsay Park co-trainer Tom Dabernig can make a case for all three of the stable’s runners in the Group One Toorak Handicap at Caulfield.

Dabernig, who trains in partnership with David and Ben Hayes, says all three are in top shape for Saturday’s 1600m-handicap.

So Si Bon, Sikandarabad and Amphitrite will attempt to replicate the victory of He’s Our Rokkii three years ago and have been under Dabernig’s watch at Lindsay Park’s country property at Euroa to prepare for the race.

Amphitrite has been fitted with blinkers on Saturday while Jamie Kah replaces Craig Williams on the mare.

Dabernig said Amphitrite had worked well in blinkers and he is hoping the jockey change will bring a positive result.

“I know Craig has a good record on her but sometimes change is as good as a holiday,” Dabernig said.

“I thought her first-up run was good but her second-up run she barely travelled as they went quick and she was out of her comfort zone.

“She’s a Group One winner at the mile at Caulfield, she’s drawn a nice gate, blinkers go on this time and she looks to have had a good response in them.

Sikandarabad wears blinkers again on Saturday but for the first time for Lindsay Park.

The imported gelding has not worn the headgear since his days in Ireland, more than two years ago.

Sikandarabad is dropping back from 2000m to 1600m on Saturday after finishing third in the MRC Foundation Cup at Caulfield on September 21.

“He’ll get a good run from six, has a lightweight and if they go quick he can settle just back off them and not get caught up in the pressure,” Dabernig said.

So Si Bon has drawn the second widest barrier in the capacity field under Luke Nolen.

Dabernig said So Si Bon’s latest effort when fifth behind Begood Toya Mother in the Sir Rupert Clarke Stakes (1400m) at Caulfield was the performance of a horse looking for 1600m.

“There’ll be plenty of speed so he should be able to let the pressure go and if they’re running on you know he’ll be coming into it,” Dabernig said.

“Hopefully he can slot in from the barrier and something can take him into the race.”