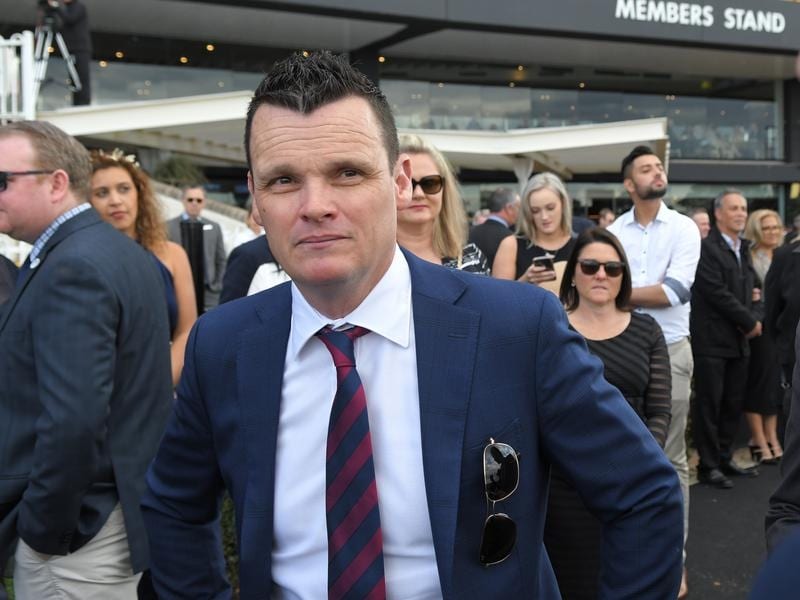 Trainer Joe Pride has runners in two states with Fasika at Randwick and Ball Of Muscle at Caulfield.

Joe Pride expects Fasika to cement her credentials for the rich Golden Eagle but will have an unexpected multi-million dollar decision to make if Ball Of Muscle defends the Schillaci Stakes at Caulfield.

Fasika runs in Saturday’s Silver Eagle (1300m) at Randwick as a prelude to the $7.5 million Golden Eagle (1500m) for four-year-olds at Rosehill on November 2.

Veteran sprinter Ball Of Muscle runs in the Schillaci (1100m) which has been the plan since before the race was announced as a win-and-you’re-in to the $14 million Everest at Randwick a week later.

Ball Of Muscle finished third in The Heath over the Caulfield 1100m on August 31 before his failure in the Moir Stakes (1000m) at the Valley two weeks ago.

“I shouldn’t have run him at Moonee Valley because he showed last year in the Moir he doesn’t like the track,” Pride said.

“He will be better back at Caulfield but as for The Everest, I don’t know.

“I’ve never backed him up before so it’s very dependant on how he pulls up not so much how he races.

“I’m really not sure what we will do if he wins the Schillaci.”

Pride is more definite about Fasika who was a close second to Saturday rival Mizzy in the Sheraco Stakes on September 14 and fourth in a trial this week.

“And her trial on Tuesday was just what I wanted to see.

“We have deliberately spaced her races and the Golden Eagle has always been the aim.”

Fasika will be having her fifth start on Saturday and Ball Of Muscle his 42nd.

From her four starts, Fasika has three wins including the Listed South Pacific Classic (1400m) in April.

Neither she nor nine-year-old Ball Of Muscle is likely to reach the milestone of 102 starts reached by their recently retired stablemate Destiny’s Kiss who has found a new home selected by his trainer and his owner Nick Moraitis.

“He has a home on a property outside Sydney with a lady named Rebecca who used to be his strapper three or four years ago,” Pride said.

“So I know he will be well looked after and cared for. It’s important that we make sure we look after our horses when they finish racing.

“I know he will have a good home.”