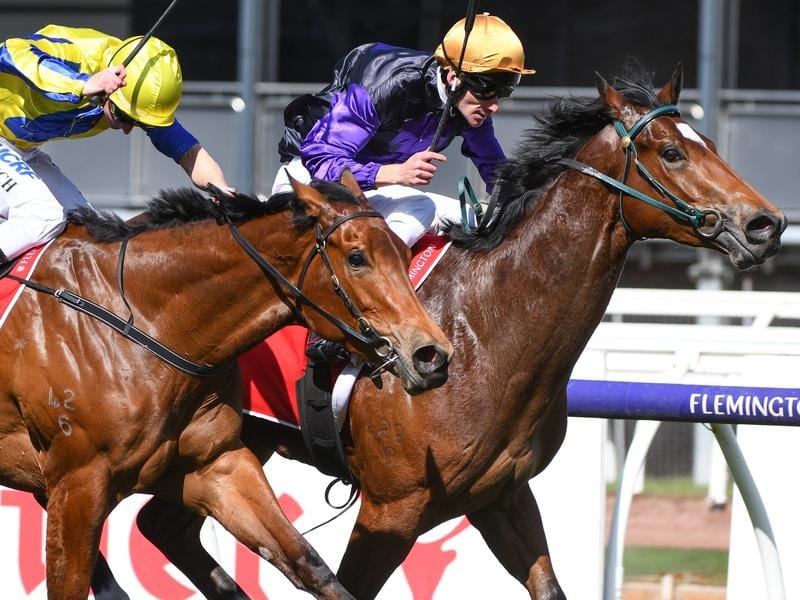 Trainer John Moloney is regretting the call he made earlier in the week to not pay up for Legionnaire in the Caulfield Guineas.

Moloney decided against outlaying the $660 first acceptance fee to keep the three-year-old in next month’s Group One classic at Caulfield.

At the time the Caulfield-based horseman said he was thinking longer term with Legionnaire who broke his maiden status in Saturday’s Exford Plate at Flemington.

Ridden by Jamie Mott, Legionnaire ($31) scored a half-neck win from Snapdancer ($21) with Tenley ($6) a nose away third.

“He’s still a bit of an immature type and there’ll be better and stronger horses coming and I’m just happy to take his place where we can fit him in at the moment,” Moloney said.

“It’s a big day today and the horse has done well and just how long he can last into the prep, I don’t know.

“I’m not that confident in over doing it with him as I think he’ll be better in time.”

Moloney said he may give Legionnaire a short break ahead of looking at the Carbine Club Stakes at Flemington in November and the Sandown Guineas.

But Moloney is thinking longer term to the autumn.

“If he was to stay on I could bring him back for the Carbine Club because its become quite a valuable race and I wouldn’t mind a chance at that,” Moloney said.

“He’s a lovely horse and is acting good, but he’s still a little soft in his making and he’ll definitely be better in the autumn.