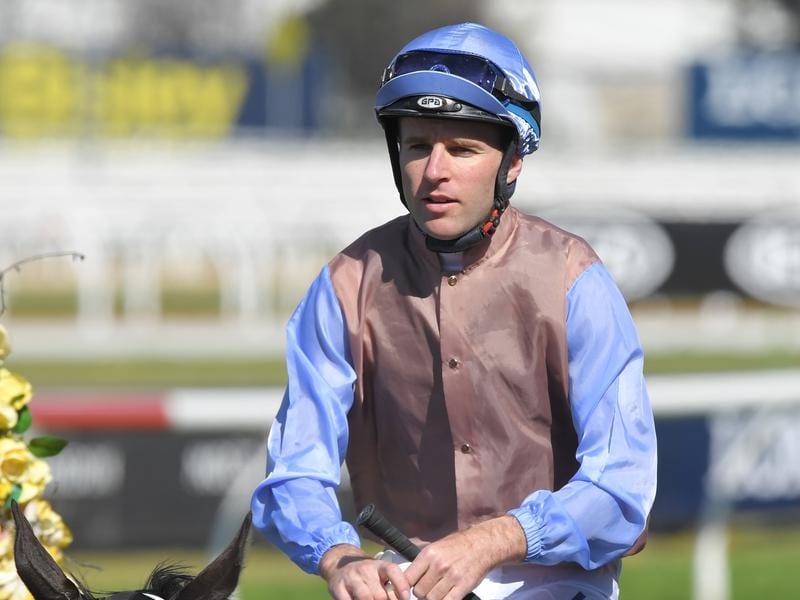 Promising Gayatri has given Tommy Berry extra reason for celebration with a strong Rosehill win.

They say babies bring luck and jockey Tommy Berry’s first ride after becoming a father for the fourth time has been a winner at Rosehill.

On Friday, Berry and his wife Sharnee welcomed Nate who joins Kaden, Charlise and Levi and completes their family.

“We are very blessed.” Berry said.

“Sharnee and the baby are very well and we are a happy family.”

A day after Nate’s birth, Berry has ridden the Chris Waller-trained Gayatri to her fifth win from 12 starts in the Rosehill Bowling Club Handicap (2400m) following a second over the same course and distance two weeks ago.

Berry said at her past two starts, the mare had appreciated the firm track and distance although punters sent her out at $10.

“It was a great staying effort,” he said.

So well does she stay, Waller believes Gayatri can be a Sydney Cup contender in the autumn.

“Last preparation she was going well up at these distances,” Waller said.

“She was beaten by a very good horse (Our Candidate) last start at Randwick and I think she’s still maturing.

“It’s a long way from Rosehill in September but I think she’s a genuine Sydney Cup horse in the autumn.”

She had a 1.5kg weight advantage on the imported Dabiyr and the two may head to next month’s Metropolitan Handicap if Waller thinks they are seasoned enough.

“I guess they’ll be thrown in the deep end in the next few weeks with Listed races,” he said.

“They’re probably one step short of the Metrop but we won’t discount them.

“We’ve had some OK success from this race going toward the Metrop. It’s not a bad path.”